Dr. Rachel Bolton King, an expert in firearms and ballistics, is currently serving as an Associate Professor of Forensic Science at Staffordshire University. She is a technical advisor for the association of Firearm and Toolmark Examiners, a Professional Member of the chattered Society of Forensic Sciences, and incoming Editor-in-Chief of the Science and Justice journal. She works on multi-disciplinary, international projects particularly focusing on the manufacturing, non-destructive detection, examination, and analysis of firearms and ammunition. She is keen to support the development of academia-industry partnerships, for example through the Staffordshire Forensic Partnership and the development of Research4Justice, which is a centralized platform sharing open access to researches relevant to international justice systems. Over the last 10 years, she has published numerous research articles and book chapters, been a spokesperson at international conferences and industry events. In 2019, she was awarded a Winston Churchill Fellowship researching the people, processes, and technologies used to advance firearms investigations across South Africa, USA, UK and France.

The session has been started with a short introduction about our speaker Dr. Rachel Bolton King by the moderator for today’s lecture. Her lecture consists of the following key points which are covered in detail in the lecture.

Key points of the talk

Firearms are usually the key and the focus of investigations. But actually, ammunition also plays an important part of any investigation in any case where shooting or a firearm discharge has actually occurred. When thinking about firearms, particularly in criminal cases, mostly smaller caliber firearms are utilized like pistols, revolvers, shotguns, homemade or craft made weapons, and basically, it depends on the country in which it is been utilized, maybe utilizing different calibers, etc. Ammunition is the part that is more often forgotten about, but it actually is essential when it comes to actual shooting, so when it comes to criminal use of firearms and ammunition and the trafficking of those, they may actually utilize ranges of ammunition, within one particular firearm. Usually, if one particular ammunition is not available easily, a different range of ammunition, projectiles may be used, and this becomes a challenge for investigators to link crimes together.

Usually, when thinking about firearm-related crimes, we think of bloodshed and devastating crimes, but it is seen that firearms are used as a method of demonstrating threat or power status, or even a method of self-defense. For example- firearm and drug-related crime do often go hand in hand. The statistics of gun-related crimes in each country are different. Even in some countries, other weapons may be used more frequently like stabbing, etc. Firearms-related incidents not only include the use of it, but also the illegal possession of them, trafficking of firearms and ammunition illegal manufacturing of them, which is often overlooked.  And therefore, the rate of detecting clandestine manufacturing facilities for firearms is under-recorded.

When it comes to crime reporting and solving rates, it has been studied that 80 to even 98 percent of firearm discharges are never even reported (research of US). Also, in South Africa and other countries, these crimes are not reported. In the UK, the reporting rates are increasing, but the crime-solving rates here are actually low. We should look for some strategies and approaches to make people aware to report such cases.

From the prosecution’s perspective, we are hoping to acquire a particular firearm used in a shooting, and then we want to be able to compare the test fires from that firearm so that we could get fired bullets and cartridge cases to compare them with the original ones recovered from the scene of the crime to determine the identification of firearm. Class and individual characteristics such as striation marks, primer cup of the fired bullet, etc. can be the unique feature that can be used to identify the particular firearm used to fire a projectile. But unfortunately, firearms are generally not recovered from crime scenes so collecting evidence related to firearms is more for intelligence purposes and to link crimes together. Also, depending on a country criminal is operating will depend on the type of firearm, ammunition he is using.

For better investigation and detection of firearm-related crimes, there are several technologies are being used.

Gunshot Detection System (GDS) is a system that utilizes a combination of acoustic sensors and software to detect and accurately locate outdoor gunfire events. This system will send alerts to the Communications Division and Mobile Data Terminals (MDTs). Within a square kilometer area around 10 sensors are positioned at 7 meters or above height on pre-existing structures like near CCTV, lamps, etc. This system accurately alerts the police in less than 60 seconds. ShotSpotter is a manufacturer of GDS which is mostly used by law enforcement worldwide. 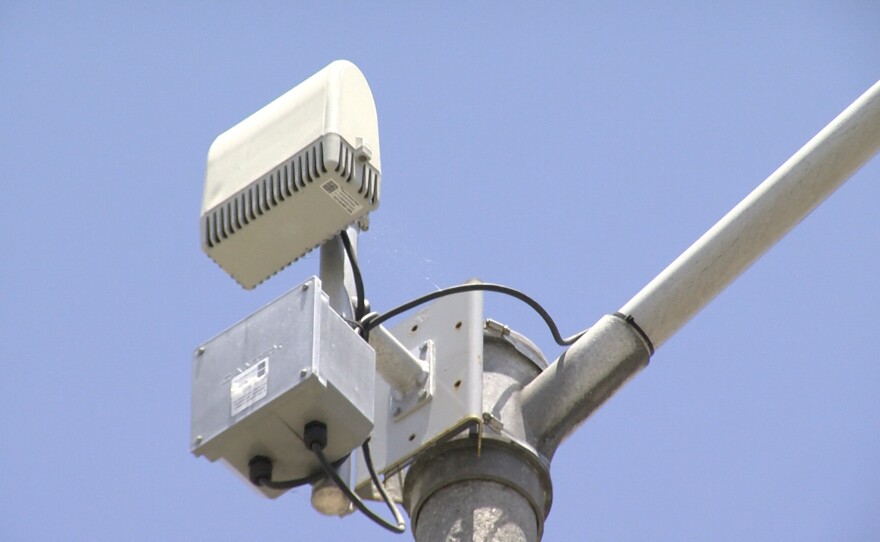 If shootings involving a number of different firearms occur in a region then a ballistic triage kit is used. Vigilant Solutions has developed in ballistic search which includes looking around and trying to classify fired cartridge cases by taking 3d images of them and putting them into a system. The algorithm further analyzes these images and indicates how many different firearms were used and how many of the cartridges were associated with each one of a particular gun. The best sample is acquired by the system then reviewed by experts. Further, that information gets confirmed by the user. It’s a very simple kit that can be handled by technicians or police officers. The best sample then used is to put in the ballistic identification system. The total process requires around two minutes so it is very effective and less time-consuming. Some of the key manufacturers of IBIS are Ultra Electronics Forensic Technology, Arsenal, Alias, Evofinder, etc. These systems are being used for the past 20 years to solve local as well as cross-border crimes and have more sophisticated algorithms. 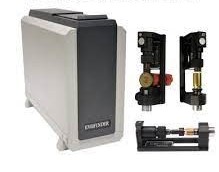 When we consider firearms and ammunition, it is not just about forensics evidence that gets collected and provided in the court but it is about the information we have about the crimes, firearms or the ammunition recovered. It is a very vital intelligence that can help us in order to determine if there are new trends or instances in firearms either in shootings or manufacturing or trafficking. Fired ammunition components, firearms come to the lab and are entered into the database, this database helps us to gather information related to that crime such as type of firearm, manufacturer, model, caliber, serial number, location of the shooting, type of ammunition, etc. which will help to investigate and detect the other occurring crimes. Further test firing and 3D imaging are done in order to enter the data related to test-fired ammunition, cartridge cases, etc. in the database to get the information. When such systems or databases are not available comparisons is done manually by comparison microscopy but in such instances, a key form of intelligence and case linkage gets missed. In this way, evidential information (Evidential Hit) gets collected.

When we create an evidential hit or we provide the linkage of shootings we might create a ballistic linkage report that the same firearm is used in that crimes but police investigators face some challenges in such reports such as delayed reports, technical language in the reports, missing information from police dockets, processing and utilizing information in reports, etc.

This is the way that the police or the investigators really understand. A linkage chart can be created between two cases if the same firearm is been used in both cases. So, these linkage charts can be prepared to focus on whether it’s a firearm, a bullet, ammunition, or the specific cases themselves.  This can be done by using software such as IBM's i2 analyst notebook. This software may not be well used by forensic or ballistic experts, but the police, intelligence, crime departments may know it much better to use.

Example: A ruthless predator on a crime scene – case of South Africa, one particular firearm was used in all the shootings between 2011 & 2014.

This software helps to map all the other crimes related to firearms other than just shooting and also analyze hot spot regions for the same which can be used to deploy resources appropriately within our police investigations.

The US is majorly focusing on developing crime gun intelligence centers, where police, forensics, and investigators are working together in order to process, gather, analyze and investigate these forms of crime cooperatively, collaboratively. These social networks allow you to see the nodes (colored symbols), that tell us different specific things about the shooting, witness. This software analyzes all the police databases and detects where the points of commonality are. These systems can be used to analyze big data that humans could actually not process all on their own.

Decision-making and implementation take a lot of time. People who are in charge of the things are the ones who usually delay it, also the lack of manpower, lack of resources, the difference in terminologies, pending workload, etc. are some challenges, but if we explain to them the importance and value of these, changes can be brought within this system.

To conclude in a nutshell, the overall session was really informative, and in-depth information about many aspects of firearms-related incidents was well discussed, like related technologies, gun mapping, gunshot detection system, linking the cases, challenges faced, etc. Few case examples were discussed to add to the understanding value of the concept. Challenges faced during firearm cases were discussed which is a real-time issue, and what can be done to overcome them was also discussed.

The overall session was very interesting and knowledgeable. I was able to grasp everything ma’am said. I got to learn new and valuable concepts from this session. Bolton ma’am’s way of speaking and explaining was very amazing. The few examples and incidents she shared were helpful in understanding the whole session.

Note: All the images used are for educational purposes only. for removal kindly email us to sifsinstitute@gmail.com