Fingerprint Comparison in a Di...

This lecture is one of the most appreciated lectures of the "International Lecture Series". The session is delivered by John Patrick Moloney who has developed much convenient yet useful software for Fingerprint comparison. The reason why the present lecture is appreciated is the perfect demonstration of the software with the precise elucidation of its need, advantages, and the way each and every tool is explained in an easily understandable manner. Thus, the lecture is a must-watch session for all fingerprint learners and forensic enthusiasts.

2. Forensic Comparison Software – Version 5.6 + AFIS includes all the capabilities of the standard version along with the capacity to search fingerprint databases of various sizes. 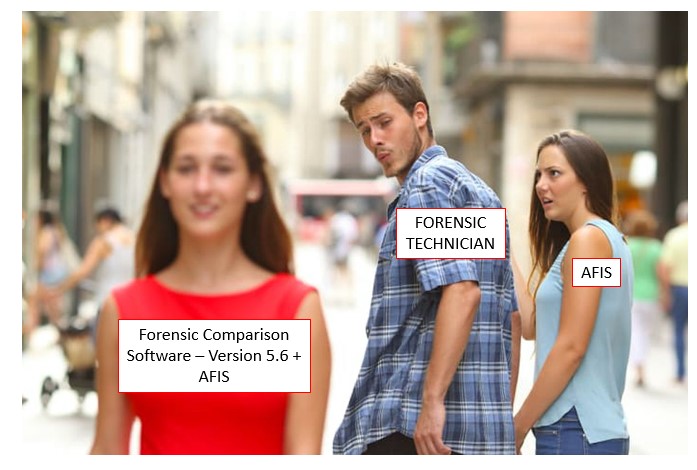 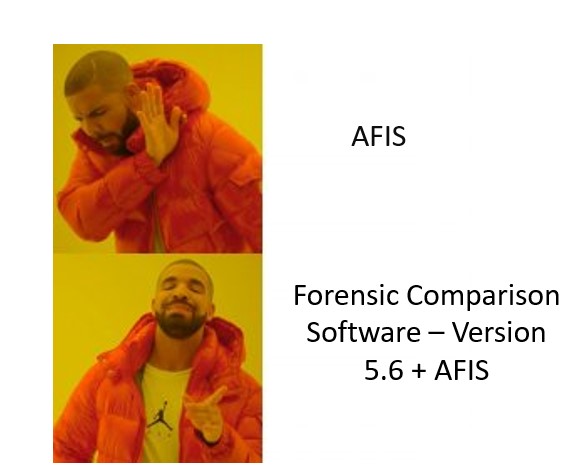 • Purpose – Fingerprint comparison is basically used for two purposes, the first one is known to everybody; i.e. Crime Solving while the other importance is Administration of Justice System and many people don’t know this side of fingerprint comparison. 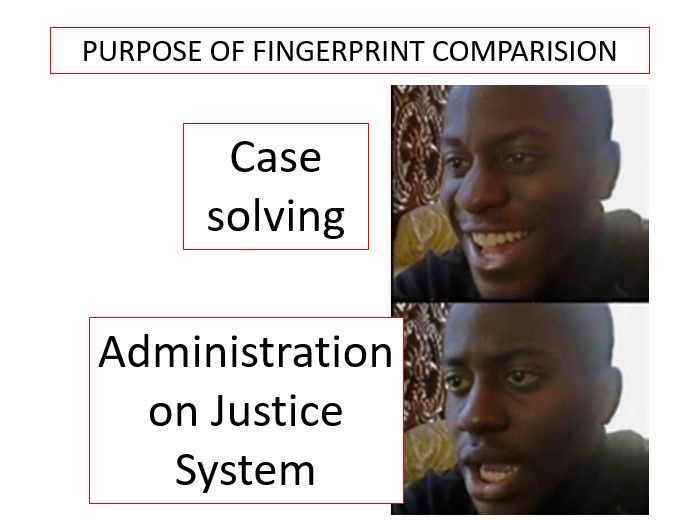 The Era of Digital Fingerprinting Comparison:

In 2005, the Fingerprint Comparison software was introduced which gave a liability to Australian agencies as the fingerprint form could be downloaded in digital format for comparison. Those images could be looked at on the screen and instead of the magnifying glass. 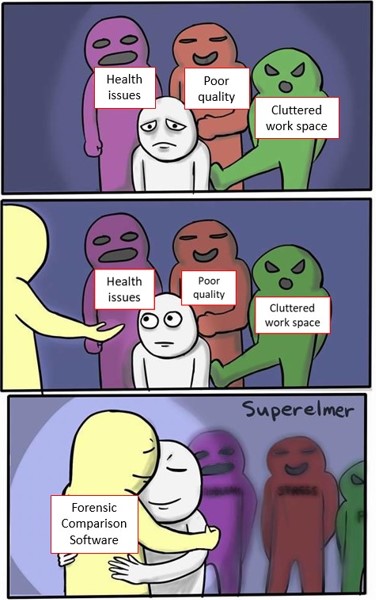 In 2006, there was an increase in facilities including flatbeds, dual monitors, upgraded PCs. Thus; there was a change in management also as digital fingerprint comparison workflows were followed.

In 2007 – 2008, the team health improved, high definition image fingerprint comparison was done which also lead to improvement in efficiencies and training outcomes. There was also an improvement in the supervision of case files.

In 2010, when the Forensic Comparison Software Company started, the government didn’t fund them; so they had to follow their own way to get the funding to process the software. 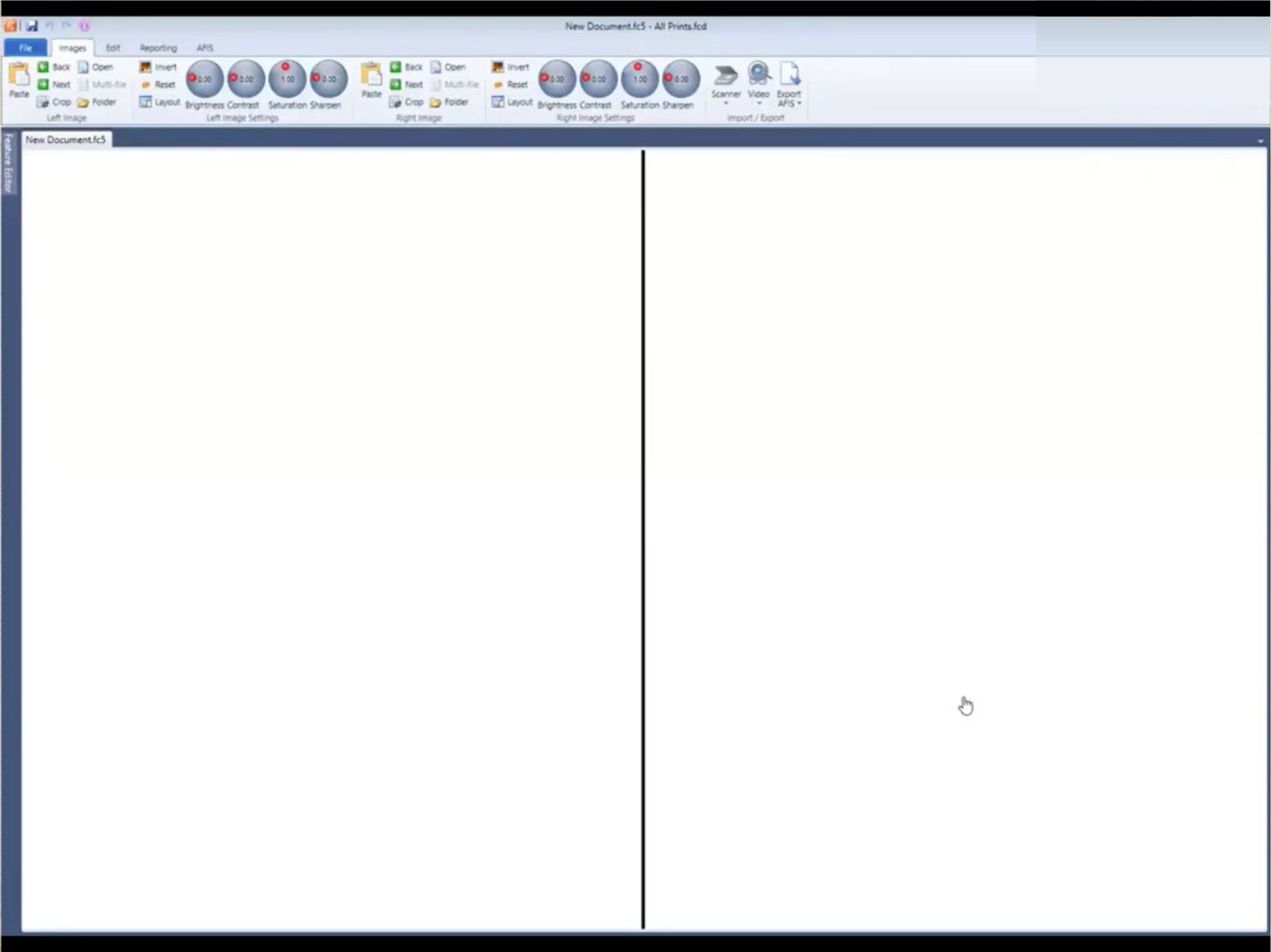 The steps which are to be followed for the fingerprint comparison are as follows:

1. Upload image with drag and drop method as it is the quick and easiest method which can be used by everyone and it also removes the hectic task of fingerprint comparison with a magnifying glass.

2. There is an option to change the fingerprint image anytime by using the Next and Back buttons present on the upper stipe of the software window. 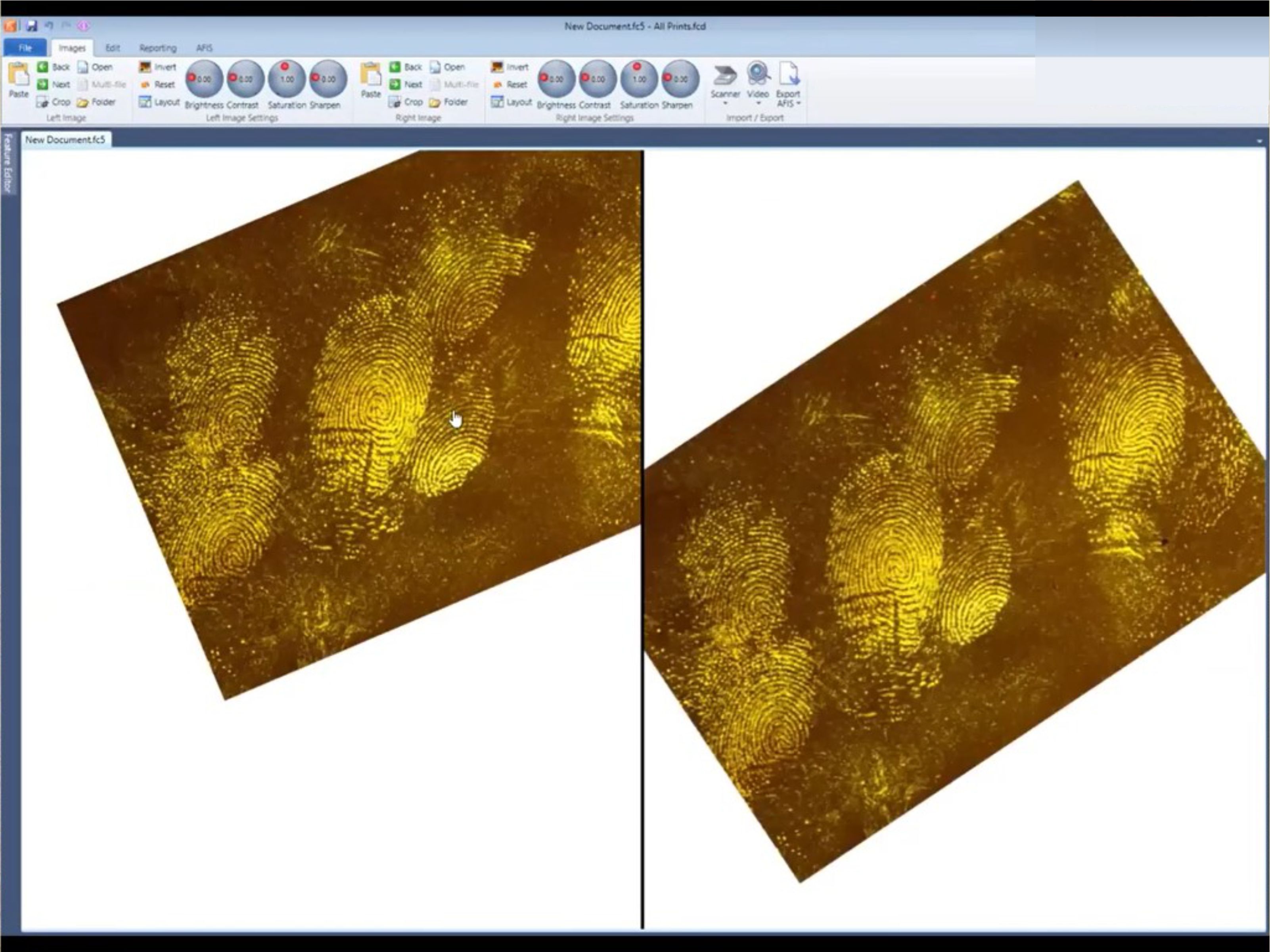 4. There is also the options available for image enhancement which means you can adjust the Brightness, Saturation, Contrast, and Sharpness of the image both in known and questioned sample for better comparison. 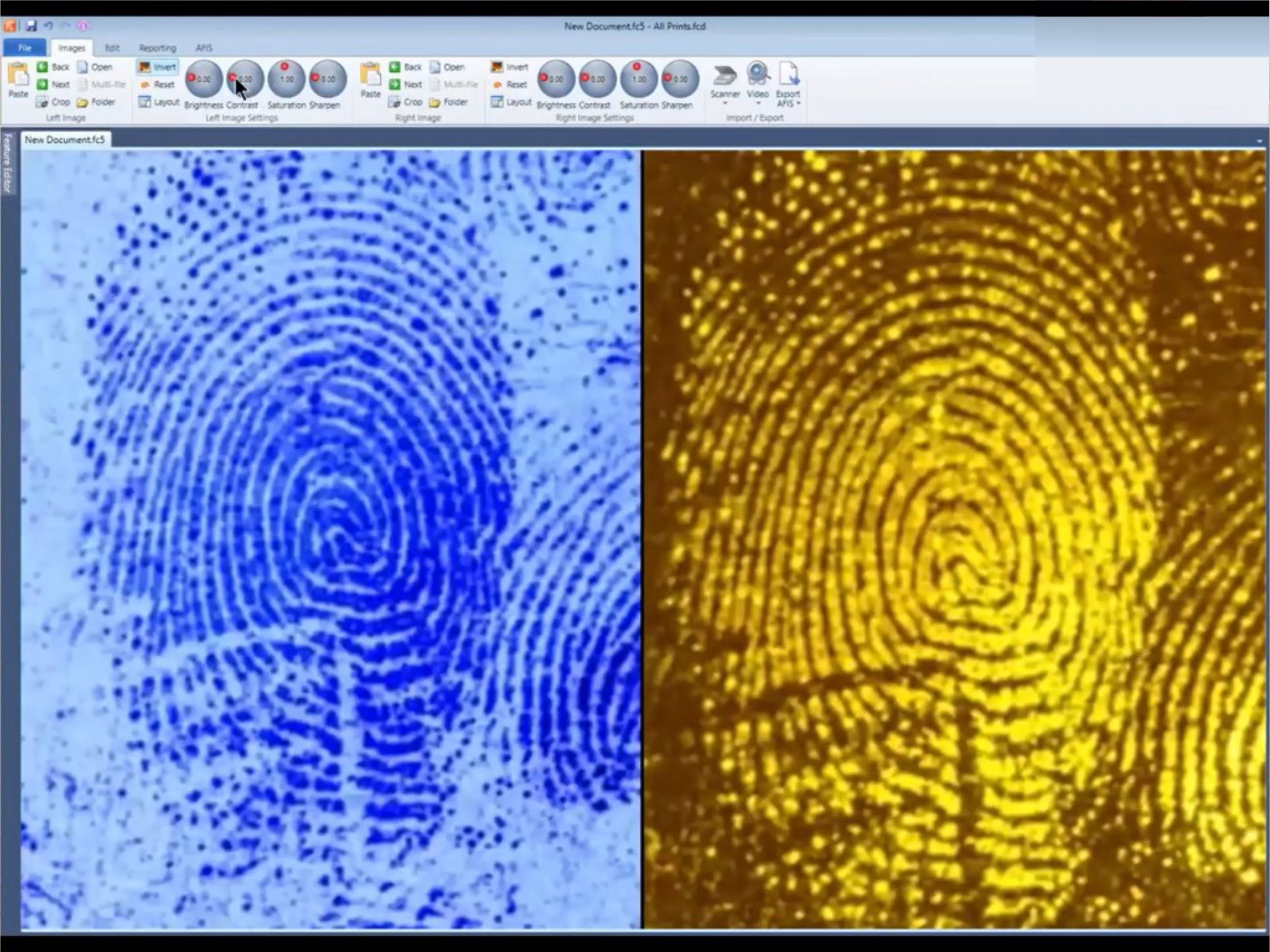 5. Once you are done with all the image enhancement and other corrections in the Unknown print, then you have to go to the AFIS option where after tapping on the search option; the matching fingerprint will come up, and by double-clicking the image can be opened in the right screen for comparison. All the options of image enhancement and everything are also available for the right screen of the known samples. 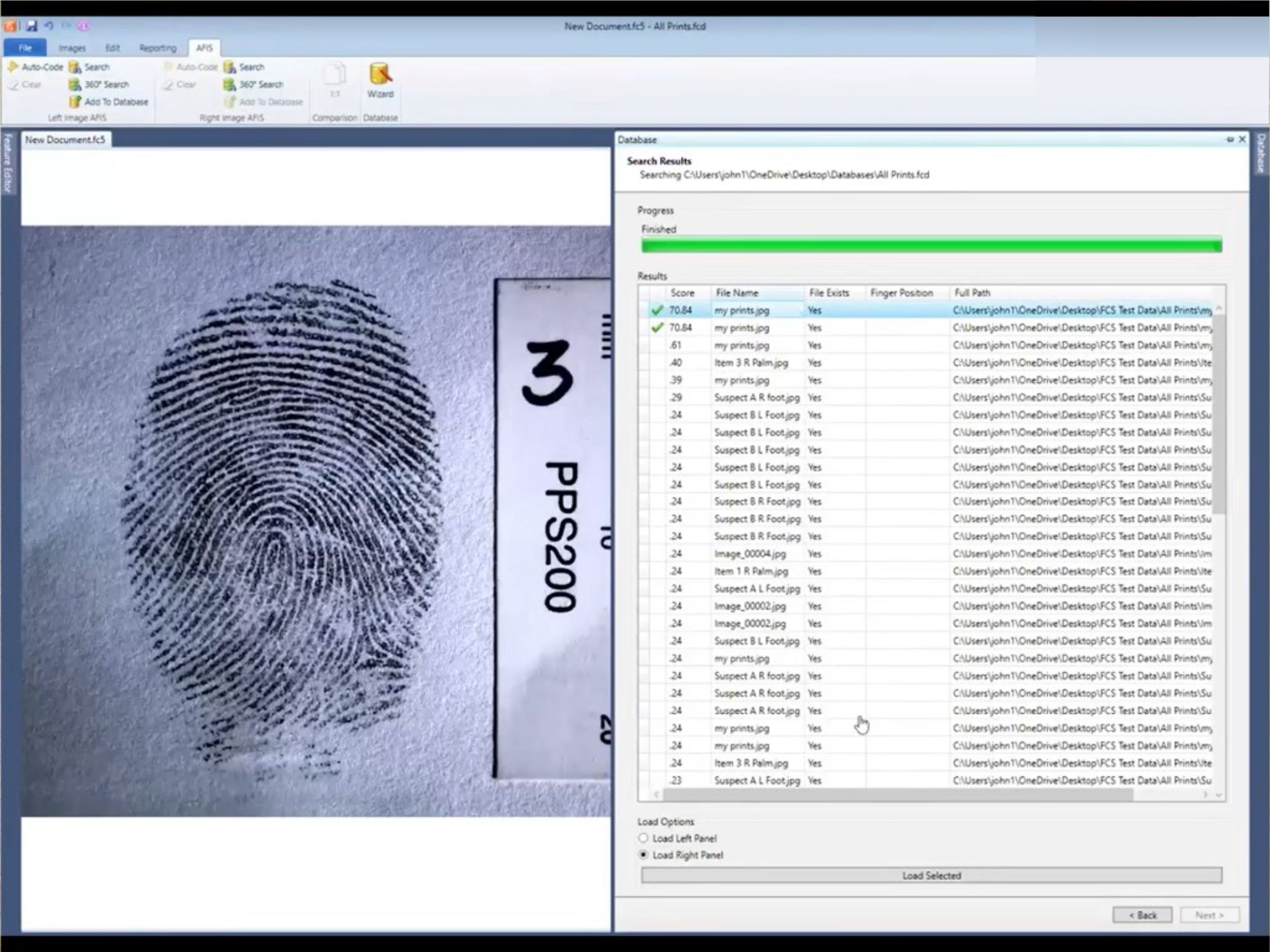 6. Now, for matching the minutiae of both fingerprint impressions, the images are locked so that both the images can be zoom and rotated together.

7. By just marking the minutiae can be identified in both images. For marking; the steps which are to be followed are; firstly go to edit and then drawing and feature option. 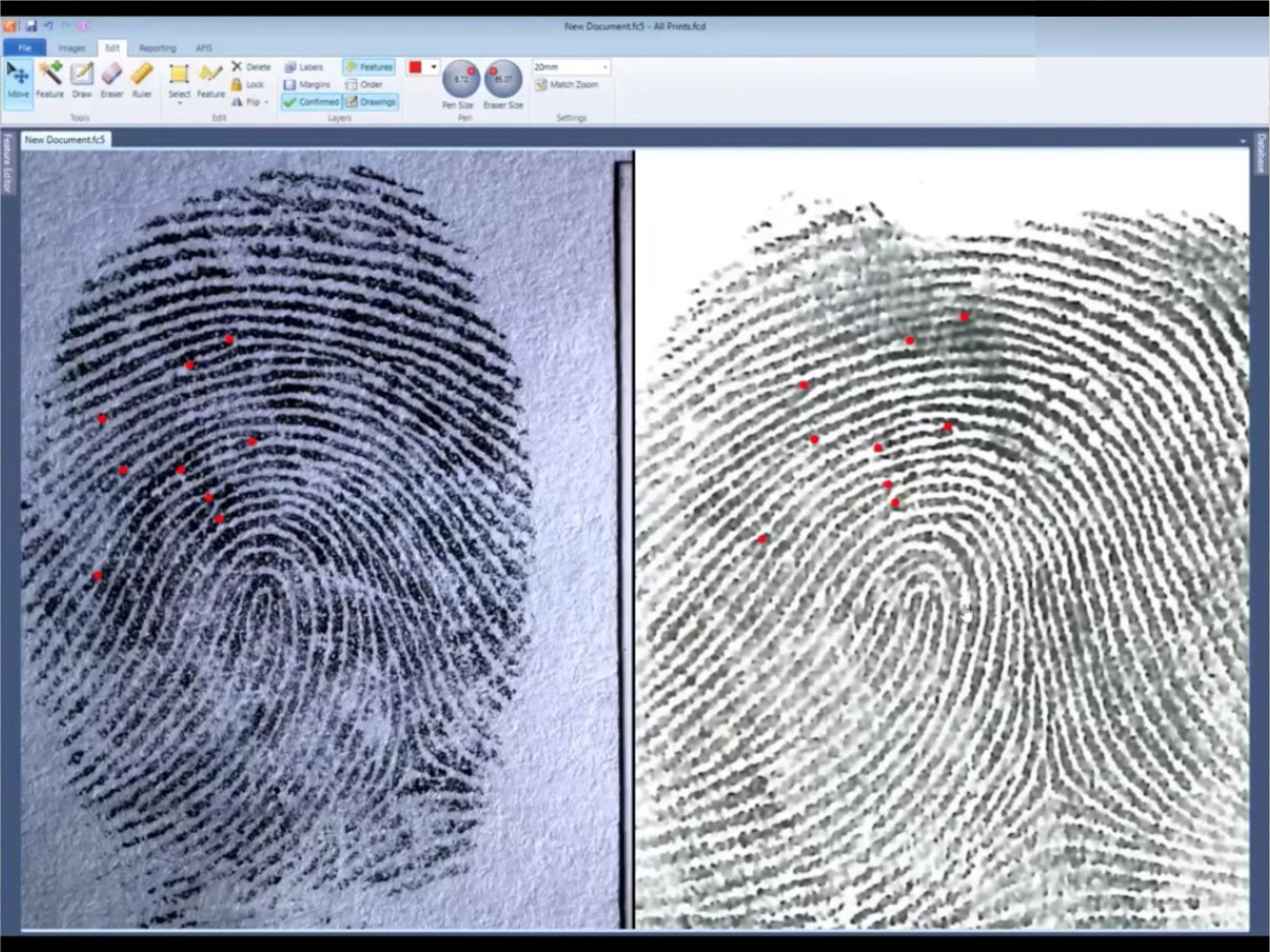 8. After marking all the features, tap on the reporting option where you will find the auto chart, auto number, and auto letter option which will help you to create the labeled marking on the print 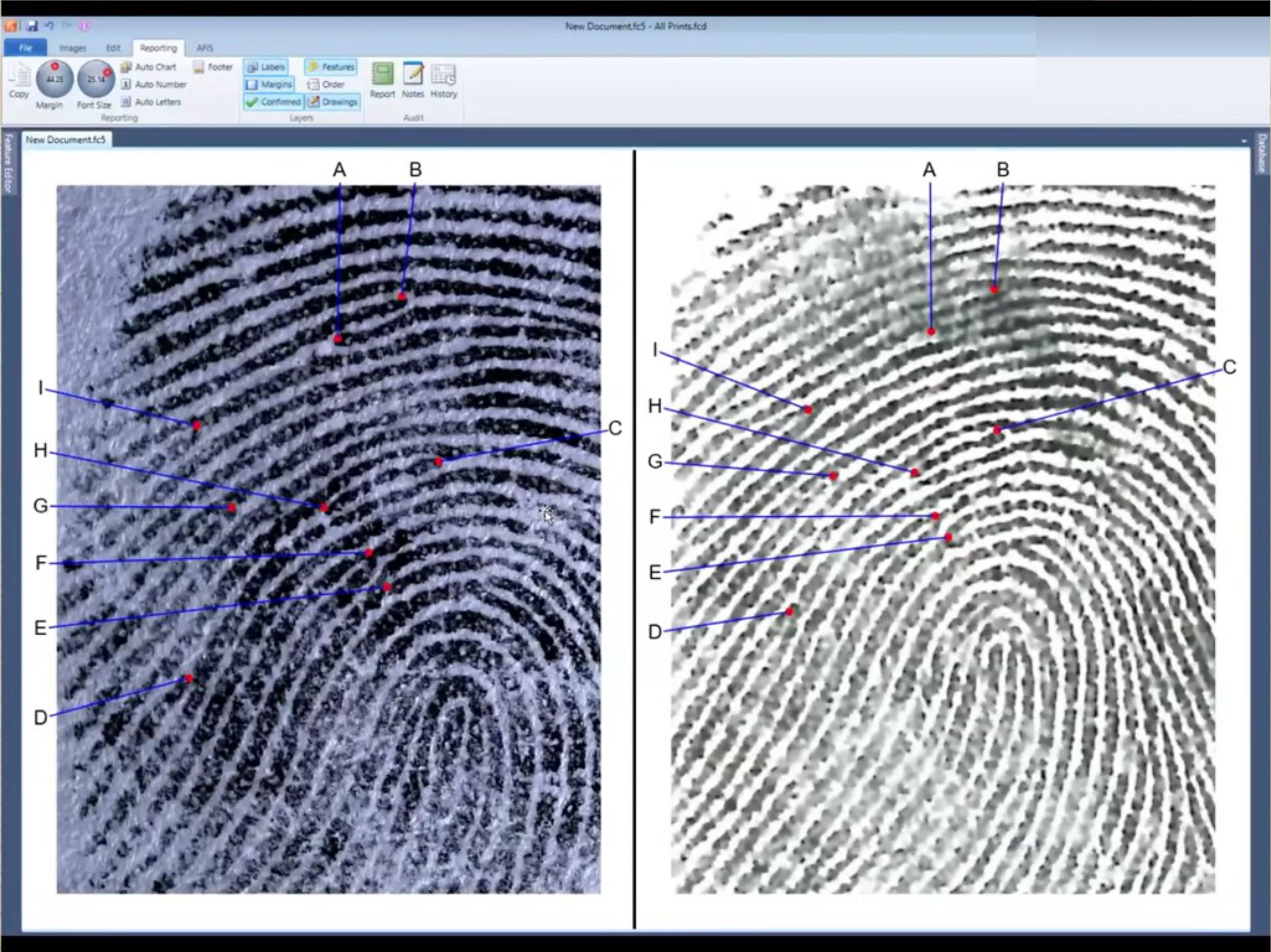 9. Then the image can be saved by just copying it. Go to copy and then bring a word document and save it. The saved document can be printed out as per need.

In a similar way, the palm print can be compared. For palm print, the orientation is not known; so the option of 360° comparison can be used as it searches all the way around. For 360° comparing, searching is a bit slow but it always comes up with a match. 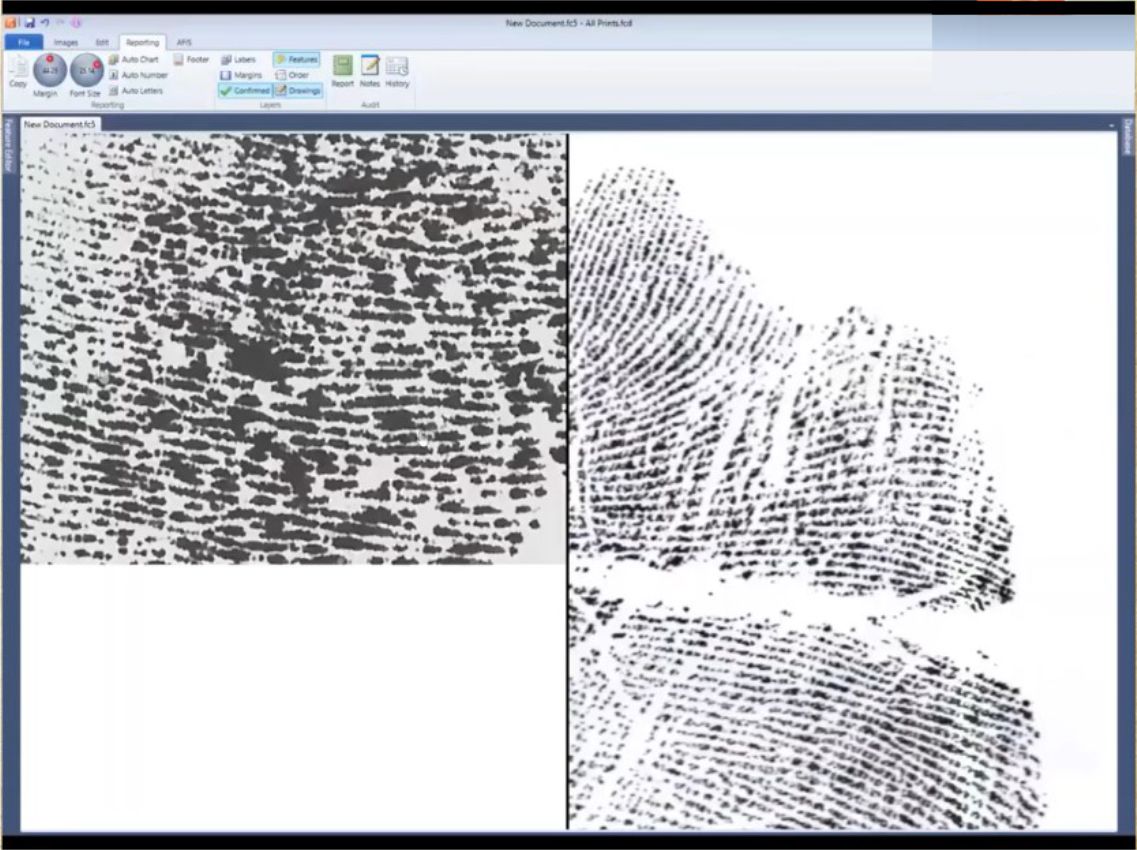 The footprint comparison is notoriously difficult because who knows what part of the footprint the image contains. Still searching can be done with the use of AFIS option and the matching print image come up. 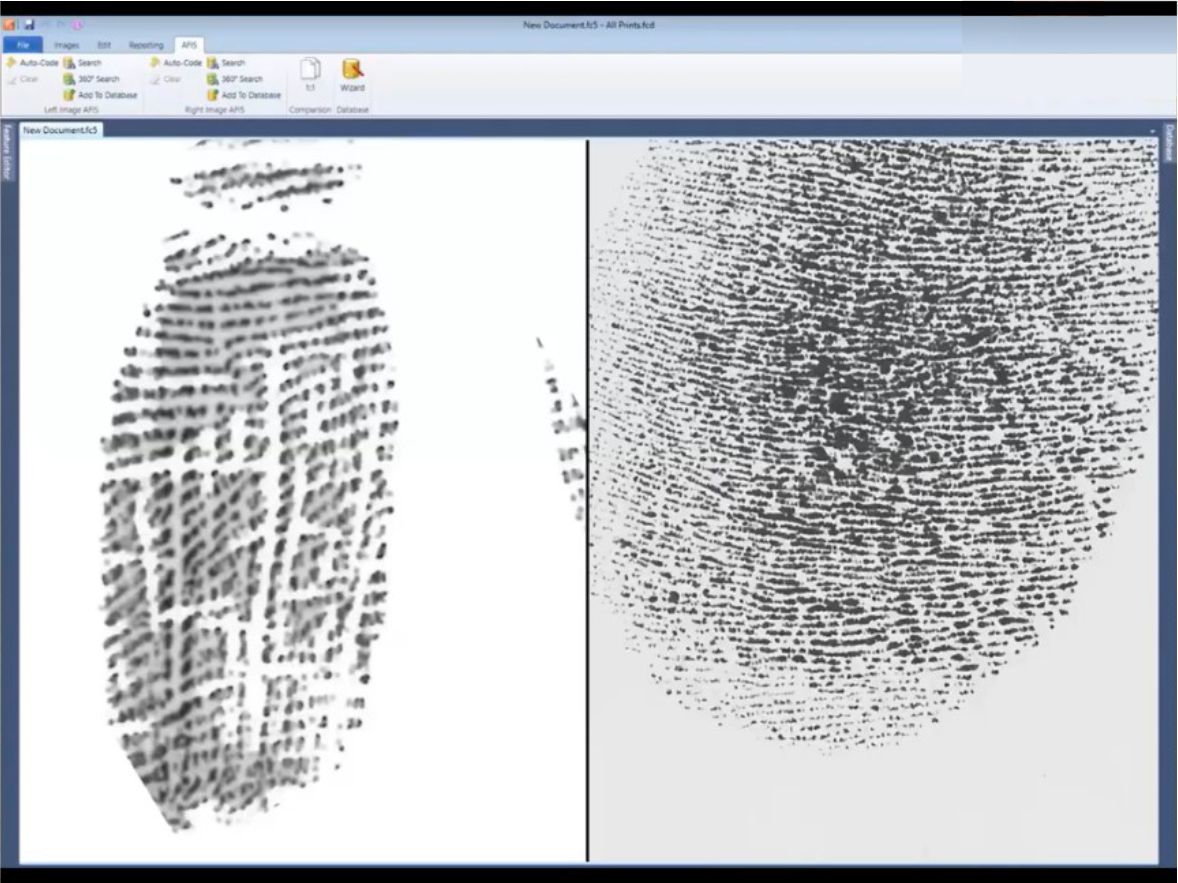 In such a way, the functionality of the software was explained.

The Forensic Comparison Software Company provides software for the Latent Fingerprint Technician for image enhancement, analysis, Comparison, and charting. It also provides an optional AFIS tool for searching small databases of fingerprints of up to 5000, 10,000, and 50,000 individuals and beyond. The Forensic comparison Software is, in effect, the multi-tool for the Latent Fingerprint Technician, the one-stop-shop for all of the digital image requirements of the Fingerprint caseworker.

The FCS software marks a profound shift in the way that fingerprint comparisons are conducted from the manual methods using a magnifying glass to a fully digital automated method that makes the best possible use of digital and personal computer technology. The latest Forensic Comparison Software Version 5 is the result of the close consultation between Forensic Examiners from various law enforcement agencies working with our in-house software programmer to achieve the best possible image management tool for day-to-day comparison activity.

Mr. John Patrick Moloney has started the session with a brief introduction about his achievement as a fingerprint expert in Northern Territory Police, The Australian Federal Police, and the Australian Immigration Department. Then he has discussed how the fingerprint comparison was done back in 1990 and what challenges were faced by the fingerprint experts at that time. After that, he told us about the Introduction of fingerprint comparison software, along with the challenges which he had faced during the launch and why he decided to incorporate the software with AIFS Database. Also, he has explained the working of the software really well and enlighten that on how this software has brought ease to the life of fingerprint examiners worldwide. This session was amazing and informative which is really of great importance for all the document examiners and the students who are willing to have their future in this field. For more details of this talk, you can visit the YouTube Channel forenisc365.