How to Detect Lies

Mr. Steven is a former twenty-one-year career police officer and undercover SVU detective, he worked cases seen on Investigation Discovery®, the Discovery Channel®, FOX®, and TruTV® as well as coverage by the New York Times®, Los Angeles Times®, San Diego Union Tribune®, and the Tuscaloosa Times® as well as numerous books and periodicals.  He was the negotiating and arresting officer of The Clairemont Killer, serial killer featured on America's Most Wanted®.  He worked closely with the FBI, Department of Justice, United States Attorney's Office, the United States Postal Inspector's Service (USPIS), as well as Alabama Attorney General's Office (Troy King). For a period of time, he was the Corporate Security Training Officer for the second-largest physical security company in the world and worked with clients such as Mercedes Benz USI, Honeywell, Goodyear, and others.

Mr. Steven started with how women and men lie. Women typically lie to comfort or to tact and to save feelings. On average; women lie 3-4 times per day while men lie 5-6 times per day. Men lie for different reasons including satisfying their ego, they are egocentric, self-aggrandizing to make people think that they are better than what they actually are. Then, three different types of lies were discussed. The first is a White Lie which doesn’t cause any harm or real problem to anyone, second is Trouble Lie; it causes trouble to someone but it’s not a crime and the third is Criminal Lie which is related to any crime like; “I didn’t kill him”.

Detecting lies and liars is similar to algebra, similarly like the Pythagoras theorem; where ‘a’ is physical indicators and ‘b’ is verbal indicators and with the formula or assessments ‘c’ can be detected i.e. if a person lied or not. There are some non-negotiable items you must know for lie detection. A few of them are clustering, timing, synergistic, baseline, universal/ individual, making possible, and alcohol/ drug. After this, a few short videos were shown to detect and observe the number of indicators present.

Various Verbal and Physical Indicators were discussed. Then an example of the combination of both indicators was given. 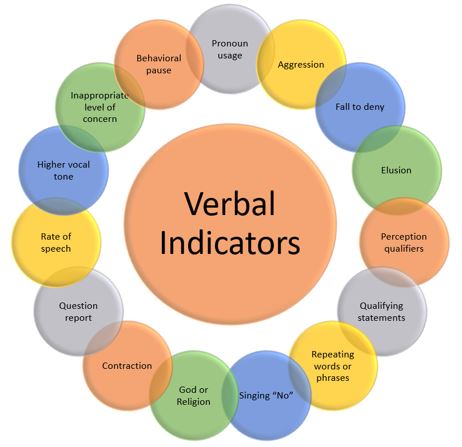 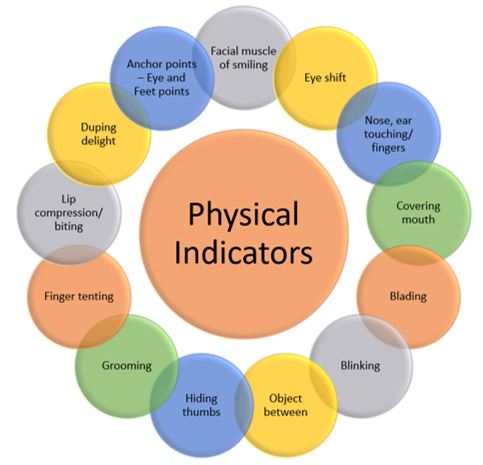 In physical indicators, the eye shift is according to the major working hand of the person, a right-handed person if look at upper right; he/ she is lying or creating a story while if the person looks in upper left then he/ she is telling truth and trying to remind the story. Similarly, if a left-handed person looks on the upper left; he or she is lying while if that person looks on the upper left then he/ she is telling the truth. And then the expert talk was concluded with a few more videos in which the participants had to observe the indicators and then those indicators were discussed.

Although lie detection is not that much developed, it can be used as corroborative evidence to know whether the offender has committed that particular crime or not. While observing the person; the lies can be detected with the help of various physical and verbal indicators.