Impact of Abuse on Mental Heal...

Child psychology and development are very different and fragile as compared to adults. This blog is to help understand what can be the possible impact of abuse on the mental health of a child. The question here arises “Why Now?”

Since child abuse is one of the most persistent and increasing every day, it is important to know what could be the possible outcome and result of abuse on a child.

The above scale of violence is increasing and this is unacceptable in all countries. This kind of violence can cause severe physical, cognitive, and economic damage.

To understand the impact of abuse on mental health, it is very important to know some key definitions so that we can illustrate them in further detail. 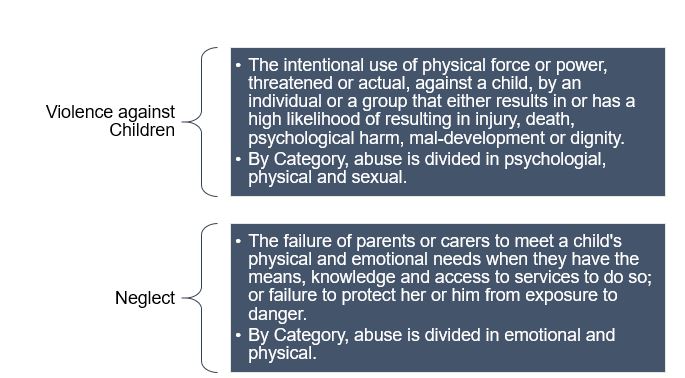 United Nations Violence against Children 5 settings state that the child is nurtured and developed in 5 different environments which are home, school, institutions, work, and community. 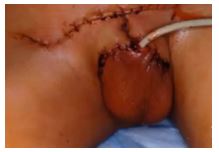 The implication of Child Abuse

The Adverse Childhood experiences (ACE) study is a well-known study that focuses on the largest ongoing examination of the correlation between childhood treatment and health. 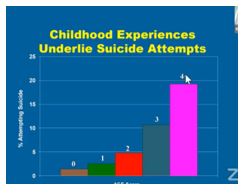 The effect varies depending upon the circumstances of the abuse or neglect, personal characteristics of the child, and environment of the child.

The consequences of child abuse could be

Individual outcomes depend mostly on the following factors:

The consequences of abuse are interrelated. ACE data found that roughly 54 percent of cases are of depression and 58 percent of suicide attempts in women are related to their adverse experience in childhood (Felitti and Anda, 2009). 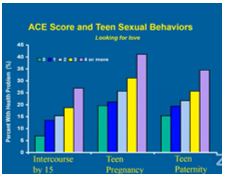 Physical neglect relates to the reception of “care and supervision.”

Emotional neglect relates to the reception of “affection and attention.”

Medical neglect relates to “treatment for injuries and illnesses.”

Educational neglect relates to a child’s “access to opportunities for academic success.”

Abuse triggers complex neurochemical and hormonal systems that are involved in stress response and emotional regulation. Activation of Glucocorticoid, Noradrenergic, and Vasopressin oxytocin systems takes place. These are highly adaptive response that allows survival in a dangerous environment. However, chronic activation will result in some permanent changes and maltreated children are at risk of developing exaggerated responses even in minor stress.

Abuse child develops alterations in the structure and functions of the brain. Children having post-traumatic stress disorder shows significant changes such as reduced cerebral volume, enlargement of the ventricular system, alterations in the pituitary and hippocampus.

Resilience is the ability to bounce back from hard times. We describe someone as resilient if they are doing better than we would expect given the challenges that they are facing. Since we will all face periods of adversity in our lives, having the ability to weather those periods is key to a happy, successful life.

How to Build Resilience in Children

Children exposed to abuse are more vulnerable to have trust issues in later stages of life. Witnessing domestic abuse, either towards themselves or their parents, may lead these children to face difficulty in focusing on their studies, developing skills, and show violent episodes of behavior or suffer from depression or severe anxiety. Child abuse can be of four types: Sexual Abuse, Neglect, Emotional Abuse, and Physical Abuse & Domestic Violence. International standards about sexual violence, emotional abuse, and physical abuse have been identified and the ways to tackle them have also been discussed. Internationally, various laws and conventions have been signed by countries to ensure the protection of children worldwide. In India, various laws have been enacted to ensure the safety of children from abuse and to punish the perpetrators who commit such offenses. There is still a need to improvise Indian laws to make it a safer place for children to grow and evolve.

Note: All the images used are for educational purposes only. For removal kindly mail us to sifsinstitute@gmail.com