Natural Justice: The Use of So...

Professor Lorna Dawson is Head of the Soil Forensics Group within the Environmental and Biochemical Sciences group at the James Hutton Institute and has over 30 years of experience in managing and conducting research in soil and plant interactions, in particular its application in the criminal justice system. She was awarded a CBE in the Queen's Birthday Honours list in June 2018.

Lorna is also an honorary professor in Forensic Science at Robert Gordon University and is SEFARI Advisor on the Scottish Government‘s (RESAS) strategic research program 2016-2021, where she reports to the Directors' Executive Committee to ensure effective delivery of the Scottish Government’s Strategic Research Programme. She is the SEFARI Gateway Knowledge Exchange Lead for Environment. She is affiliated to Robert Gordon University in Aberdeen, contributing to Forensic Science lecture courses and also lectures at the universities of Aberdeen, Strathclyde and Edinburgh. She has supervised over 20 Ph.D. projects and has published over 100 refereed journal papers, books, and book chapters, and regularly presents at national and international conferences. Professor Dawson was awarded a Special Recognition award at the Pride of Britain 2017 awards ceremony.

Lorna developed the application of soil organo-mineral markers in forensic investigations and was Principal Investigator on a research project funded by the EPSRC (SoilFit), developing tools for soil characterization in forensics and an aligned KE project (GIMI).

In her insightful session, Lorna precisely talked about the use of soil in solving crimes and how soil could help to correlate a crime scene with the victim and the suspect fulfilling the evidence triangle and validating Locard's exchange principle. She has also talked about the various methods in forensic soil science and how it gives us several other leads to the investigation.

"Soil is the living bridge between rock and life. "~ JAMES HUTTON

James Hutton, the Scottish founder of modern geology saw soil as the source of all life where worms mix dead animals with fallen leaves and mineral soil to build fertility. The visionary geologist saw soil as the living bridge between rock and life maintained by returning organic matter to the soil.

According to Charles Kellogg ", Each soil has had its own history. Like a river, a mountain, a forest, or any natural thing, its present condition is due to the influences of many things and events of the past." He said “Essentially, all life depends on the soil. There can be no life without soil and no soil without life; they have evolved together.”

Soil is a complex mixture of organic, inorganic, and biological materials.

Inorganic: Long recognized as a target focus for forensic examination. Derived from parent material and man-made.

The information thus held within the soil, its physical, chemical, and biological parameters help us ascertain where has the soil came from and if we can use it to compare a soil sample in Questioned items with the soil at the crime scene. We can use that information and knowledge that soil holds in it that gives us clues to help police intelligence in inquiries and also as evidence. 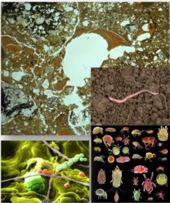 Trace evidence can include blood, hair, fiber, soil, plant fragments, pollen, glass particles, and any other minute particles at a crime scene. According to Sir Edmond Locard- 'Evey contact leaves a trace." He described soil particles as dust and dirt which are potentially linking items. Soil covers the majority of the terrestrial surface, it is practically everywhere. People who travel by foot/ cycle or any other vehicle can always come in contact with Soil. As soil is unconsolidated readily transferable, it can be important trace evidence of a crime scene. Also, For example, clay embedded in the sneaker of a criminal can be traced back to a specific clay type found along a lake where a murder victim was discovered. The majority of soil cases involve footprints or tire marks that have been left in the soil. 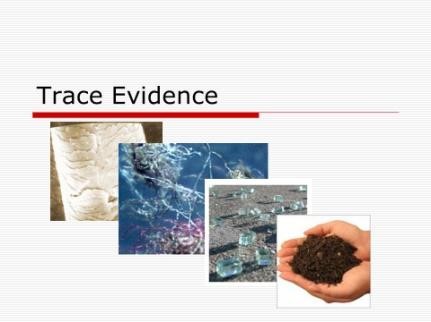 Soil as an Indicator

Intelligence - search using GIS : Soil found on, or from a vehicle or shoes may provide the clue that could point to a particular search location. 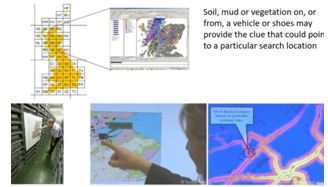 We get valuable datasets, look at high resolution, we can analyze where that soil came from, we can get local level soil information, at 100m scale differences.

With the now developed mobile app, so at the particular location, we can know, what kind of soil is beneath our feet.

Soil forensic science is a natural Science that can deliver both investigation and intelligence provided the comprehensive database of information that helps us inform the observation of soil coming from where by excluding and identifying areas that have common characteristics then prioritizing search.

And also on the other hand by providing evidential and Evaluative approaches by using appropriate combinations of Methods and comparing with Case relevant populations of soil we can help the police work out What happened and help the court decide to conclude the case.

This session was exhilarating to attend and listening to it from such a  Professional was feather on the cap. Lorna has immense knowledge in this field that everyone knows but with each passing slide, we got to know how an Insignificant thing in our day to day life, could hold much important place when it comes to investigation. How a particle of soil can give us insight of a crime which no one has witnessed. These Silent witnesses can speak volumes, if only we can perceive them right!

Note: All the images are used for educational purposes. For removal kindly mail us to sifsinstitute@gmail.com