The Basics of a Biological Pro...

Dr. William R. Belcher is currently working as an Assistant Professor at Nebraska-Lincoln University, United States. He is a forensic anthropologist and archaeologist, but also an environmental archaeologist with a speciality in animal bones from archaeological sites-zoo archaeology. He is interested in understanding the application of forensic anthropological methods to the identification of human remains. As the Coordinator for the Graduate Certificate in Forensic Anthropology, he welcomes students at the undergraduate and graduate level to learn the identification techniques and processes as a service-based discipline as UNL. He has worked in two disparate areas of research, one as an environmental archaeologist and the other as a forensic anthropologist/archaeologist. His environmental archaeology program focuses on the analysis of ancient (3rd and 4th millennium BCE) fish remains and their modern counterparts. This will allow them to examine significant changes in fishing, butchery, ancient trade, as well as climate change. After retiring from the Defense POW/MIA Accounting Agency, his primary focus at UNL is to provide opportunities to learn and conduct research related to the identification of missing US service members in conjunction with the Scientific Analysis Directorate Laboratory at Offutt Air Force Base in Omaha, NE.

Anthropology – The study of humans. Forensic – Pertaining to legal matters.

Forensic anthropology, application of physical anthropology to legal cases, usually with a focus on the human skeleton. Forensic anthropologists can assess the age, sex, and unique features of a decedent and are invaluable in documenting trauma to the body and estimating how long a corpse has been decomposing. Forensic anthropologists work closely with individuals in law enforcement and medical science—and especially with specialists in ballistics, explosives, pathology, serology (the study of blood and bodily fluids), and toxicology—and are often expert witnesses in murder trials.

A biological profile is an individual's identifying characteristics, or biological information, which include the following:

There are certain aspects when we are dealing with biological sex determination: - 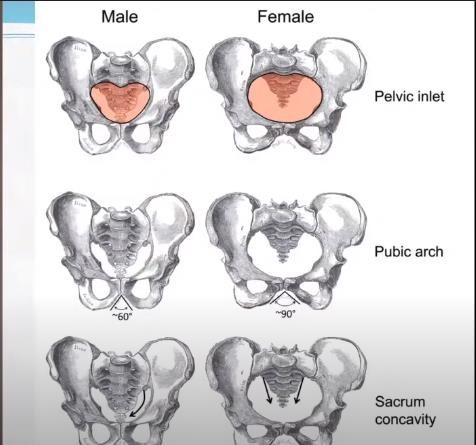 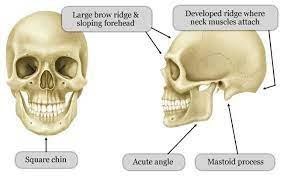 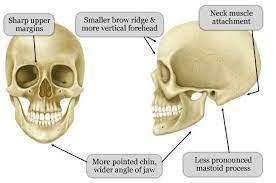 Points to be considered when we are studying the difference in the muscle mass of males and females: Larger the muscle mass, the rougher the bone surface.

The main areas are: -

2. Linea aspera of the femur (Posterior).

Attribution of Ancestry or Geographic Origin

When we are studying ancestry or geographic origin we focus on these things.

1. Morphological features of the skull

2. Craniometrical Measurements of the skull.

Forensic Estimation of stature is part of the identification process necessary when dismembered body parts are found. It is also possible to estimate the stature from bones. Stature estimation is obtained from measurements of long bones; namely the humerus, femur, and tibia. We generally focus on knowing the sex and ancestry when we deal with stature in forensic and anthropology terms.

Stature is mainly calculated from the measurements of long bones humerus, femur, and tibia. Incomplete fragments can be used to estimate height, by first estimating the length of the long bone of a  regression equation before applying the original formula to estimate stature.

In the case of unidentified skeletal remains, estimation of age-at-death is part of the biological profile used to narrow the list of potential missing persons.

As a meticulous examination of any death scene is imperative, forensic anthropologists are frequently involved at the earliest stages of investigating a human skeleton. Forensic anthropologists focus on human skeletal traits, such as skull features, dental characteristics, and subcranial bone sizes and shapes, that vary from individual to individual and from population to population. An examination of the skeleton may reveal evidence concerning pathology and any antemortem (before death), perimortem (at the time of death), or postmortem (after death) trauma.

Note: All the images used are for educational purposes only. For removal kindly email us to sifsinstitute@gmail.com