The Bundy Murders: A Comprehen...

A writer of history and true crime, Kevin M. Sullivan is the author of 15 books, a former investigative journalist for both print and online media, and is a recognized authority on serial sex killer, Ted Bundy. Indeed, his “breakout” book, The Bundy Murders: A Comprehensive History, published by McFarland in 2009, was the catalyst that brought him much attention in the true crime world, leading to numerous radio programs and contacts from documentarians both here in the United States and the United Kingdom. Portions of this work also appear in the college textbook, Abnormal Psychology: Clinical Perspectives on Psychological Disorders, published by McGraw-Hill in November 2012.

Some of his published works are as follows: Kentucky Bloodbath: Ten Bizarre Tales of Murder from the Bluegrass State; Shattering the Myth: Signposts on Custer's Road to Disaster; Vampire: The Richard Chase Murders; Custer's Road to Disaster: The Path to Little Bighorn; Unnatural Causes, written with co-author, Gregg Olsen; The Trail of Ted Bundy: Digging Up the Untold Stories; The Bundy Secrets: Hidden Files on America's Worst Serial Killer; Through an Unlocked Door: In Walks Murder; Ted Bundy's Murderous Mysteries: The Many Victims of America's Most Infamous Serial Killer, and The Encyclopedia of the Ted Bundy Murders, published January 7, 2020.

This session was mainly about the real experience of the investigation and trial of Ted Bundy. The Bundy Murders: A Comprehensive History is known to be one of the majorly read case studies on the famous serial killer Bundy Murders. The speaker is the author of this well-known book. The session is focused on the life of Theodore Robert Bundy who is the most disreputable and infamous American serial killer on record. The Study of Bundy’s cases is a combination of the concept of psychopathology and criminal activity with the U.S. judiciary system. Ted Bundy who had done numerous criminal activities majorly involving sexual assault and leaving bite marks on the body of the victim is known to most forensic students. The session involves the modus operandi of Bundy’s criminal activity, his killing spree that totaled dozens of victims, and numerous interviews with prosecutors and detectives. The speaker very wisely explains all the in-depth studies of Bundy’s cases and new information about the several murders done by Ted Bundy. 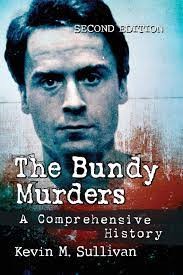 Figure 1- The Bundy Murders; A book by Kevin M. Sullivan

The session was started with a short introduction to the speaker by our director Dr. Ranjeet Singh. And soon after the introduction, Kevin M. Sullivan has started his talk by mentioning his book “The Bundy Murders: A Comprehensive History”. In his book, Kevin has explore the life of Theodore Robert Bundy who was a famous flamboyant American Serial Killer on record with an in-depth examination of his killing spree. All his examinations are drawn from the legal transcripts, correspondence, and interviews with detectives and prosecutors.

He said that he has never an intention of writing about Ted Bundy, but it’s coming along just by a chance. At that time in 2005, Kevin was a centupling writer to weekly newspaper Snatch which covers issues of crime and law, and where he met with Jerry Thompson through a common friend Jim Messey. That time Jerry Thompson was a leading detective in the Ted Bundy Case in Utah.

Back in 2005, meeting with Jerry Thompson, the lead detective of the Bundy case and crossing path with the infamous murder kit of Ted Bundy left by Thompson in Utah which made him curious to write an article and book on the Bundy’ life for which traveled to Utah in 2006 where he visited sites pertaining to Bundy and the murders, saw case files and met various detectives involved in the murder cases took almost two years to write this one the masterpiece. 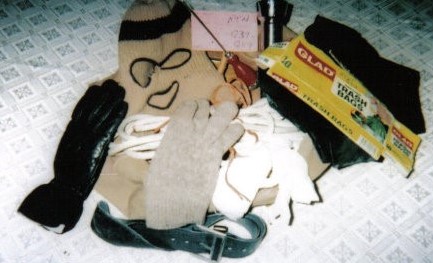 He further explains the story of Bundy who was born on November 24 in the year 1946 and according to Kevin the fact that never got over Bundy’s mind as he did not know who his father was. When he was of 4 years of age he moved to Washington State with his mother where she got married to Johny Bundy who was a cook at an American hospital. Ted had 4 step-siblings and two very good friends.

Kevin sees that Bundy didn’t know how to relate to people and he was the victim of his own circumstances which made him a homicidal predator. He had killed lots of people before but it was in the year 1994 he was launched in full planned murders and used to kill women at night.

On 1st Feb 1974, he attacked a woman named Karen sparks, beaten her, and rammed a medical device speculum in her vagina. He left the place thinking she died but she was located by her friends and went in coma for 10 days and recovered after which she was attacked again while sleeping by Bundy at her home where he strangled her removed her clothes carried her to his car and dumped her.

After this, he performed series of planned murders which included the murder of Donna Mason on 12th March, a student of The Evergreen State College in Olympia who left her dormitory to attend a jazz concert at the campus library but never returned.

In another incident, some student of Central Washington saw a man with a sling in his arm on the same night of the murder of Susan Elaine Rancourt by Bundy. On May 6, Bundy ran into Katty sparks in a cafeteria situated in Oregon state university and due to his charming personality, Katty went with him. He took her away from campus and murdered her.

On 11 June, Georgann Hawking was abducted by him at the University district when she was walking down the alley. He asked her for help to carry a case to his car and then he hit her with a crowbar so hard that her earrings and one shoe flow off then he handcuffed her and drove her to Issaquah where he strangled her. He had to return to the location to collect these items.

According to Kevin’s Bundy was growing as a killer. He was a very arrogant man who thought that he can do anything and is smarter than the police. Usually, it was not seen that Bundy tortured any of his victims but sometimes it was seen that he tried to psychologically torture the victim before killing them as he did it something like that on 14th June 1994, when he abducted a woman from a park, tied her to tree, sexually tortured her and came back to park and abducted another woman and killed one in front of other.

Many people saw Bundy and his car Volkswagen. After this, a new string of murders started which included Nancy Wilcox in Holladay, Melissa Anne Smith daughter of the police chief of Midvale who disappeared after leaving a pizza parlor. Later this case was given to Jerry Thompson who was a very good friend of the police chief. 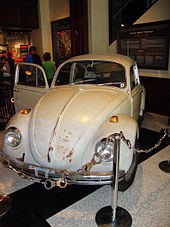 On November 8, He approached Carol DaRonch at Fashion Place Mall in Murray when he introduced himself as an officer of the police department and asked her to accompany him to a police station as someone has broken into her car. In the car, he tried to handcuff her but she had to fight for her and was able to escape him and is the only victim to escape Ted Bundy. So as a Bundy would not leave a place without killing so in the evening on the same day he killed Debra Jean Kent, a Viewmount High School student who went to pick her brother and never returned.

After this chain of murders in Utah Bundy shifted to Colorado. On 12th January 1975, Caryn Campbell was killed by blows to her head from the blunt instrument that left depression on her skull and her body had deep cuts from a sharp weapon. He continues by killing Julie Cunningham on March 15. His first daylight abduction was of Denise Oliverson and then of Lynette Dawn Culver on May 6. He drowned and sexually assaulted her in the hotel room.

Kevin explains all these murders to explain the psychopath and criminal mindset of Ted Bundy. According to him, Ted Bundy was his first victim, he was a victim himself, of his own internal devices. No matter how monstrous he ultimately became, the first life to be destroyed was of his own.” The session was so good and explaining every minute detail of the Ted Bundy Murders. And after listening to this talk everyone has urged to buy his book to get more and deeper insight about the same. And reading a talk is always less good than listening and witnessing the talk, so if anyone wants to watch the session they can visit the youtube channel Forensic356 and learn the details itself by listening to Kevin sir directly.

You might have watched the series or movies on Ted Bundy, but here’s the experience of the speaker who is the author of this book (The Bundy Murders: A Comprehensive History). The author has heard his story from Bundy himself and thus, took a closer shot at Bundy’s life story in order to ink it in a book. Ted Bundy is one of the most notorious serial killers in the history of mankind and was also a burglar, rapist, and necrophile. His history and almost every little thing of his life are so closely experienced by Mr. Kevin through his story. He elucidated his experiences so well in this session. Hence, if anyone wants to watch the session they can visit the youtube channel Forensic356 and learn the details itself by listening to Kevin sir directly.