The Role of Police Sketch Arti...

Police Sergeant Michael W. Streed is an internationally recognized forensic facial imaging expert based in Southern California. For 36 years, he has blended his rich law enforcement experience and artistic skills to provide forensic facial imaging services to some of the largest, most diverse, police agencies in the United States, including the Los Angeles and Baltimore City Police Departments. His long and distinguished career as an award-winning forensic artist began concurrently with his law enforcement career. The experience he gained as a violent crimes investigator helped him develop specialized interview skills which he adapted for his role as a police sketch artist. His skills as an artist, coupled with his strong communication skills made him one of the country's most sought-after police sketch artists. His successful police sketches in several high-profile cases - The Samantha Reunion murder, the Anthony Martinez murder, the Baton Rouge serial killer, and Orange County's Fortune Teller murder, not to mention countless others, have led to the arrest of violent criminals nationwide. Today, he continues to serve as Baltimore Police Department's Forensic Artist, providing them and other police agencies throughout the country, with remote forensic facial imaging services which he conducts from his offices in California.

The lecture was delivered to make the attendees aware of the role police sketch artists play during criminal investigations and the value they add as investigative resources. The terms that are used by police sketch artists are elucidated by the speaker. A glimpse of the cases is illustrated to give an idea to the learners of how this work is done covering most of the aspects of the fieldwork. Students and professionals seeking career options in this arena must watch this session for understanding the actual framework of the subject.

The session has been started with a short introduction to the speaker by our director Dr. Ranjeet Singh. After that, the session has been handed over to the speaker Michel W. Streed. He has opened his talk by introducing his experience with law enforcement agencies and as a forensic sketch artist and forensic facial imaging along with his efforts and achievement in sketchcop solution. Following are the key points which have been mentioned by the expert

So let’s go through one by one

In this section, he has explained that what police sketch artists are. According to him, a police sketch artist is not a person with a single criterion, instead Police sketch artists, also known as forensic or composite artists, interview victims, and witnesses to create images of suspects. Their sketches may be used by police or released to the public to help apprehend criminals. Forensic art is defined as an artistic technique used for identification, apprehension, or conviction purposes.

Have you ever thought that a Police Sketch can also be known as a Composite Image?

So, a composite Image is a Police Sketch when we talk about any facial or full-body image, of a suspect or person-of-interest, which is assembled with the help of a witness, irrespective of the technique used to make it. While discussing a Sketch let’s first know why we need it: Well, it provides a good combined or composite image which can help in visualizing the person we want to know about. In general, a composite sketch says that a sketch is made up of many parts by just mere discussion of the features. He further adds “Keeping in mind the special facial features of a person, as we all know the good thing about human being is that every human being is different, even the identical twins differ in various aspects not just their fingerprints.”

He had discussed several cases where police sketches have been proved beneficial.

Firstly he told about the case of Charles Augustus Lindbergh Jr., a 20-month-old kid who has been kidnapped from his home in East Amwell, United States whose corpse was discovered by a truck driver on the roadside. In this case, the sketch artist had played a great role in the conviction and the culprit was executed in an electric chair at the New Jersey State Prison on April 3. 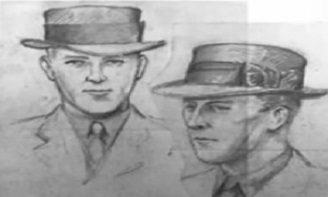 A confirmed racist and small-time criminal, James Earl Ray began plotting the assassination of revered civil rights leader Martin Luther King Jr. in early 1968. He shot and killed King in Memphis on April 4, 1968, confessing to the crime the following March. Ray died in prison on April 23, 1998. 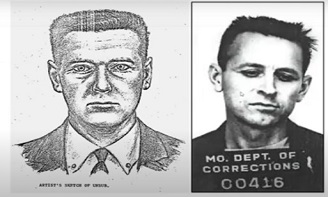 Ricardo "Richard" also known as Valley Intruder and Night Stalker, was an American serial killer, serial rapist, kidnapper, child abuser, and burglar, convicted in 1989, and in his conviction also the sketch artist has played a crucial role. 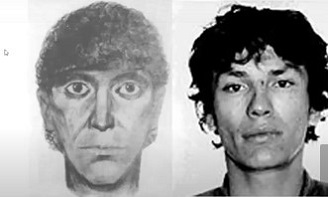 The man that the world would eventually know as Theodore Kaczynski came to our attention in 1978 with the explosion of his first, primitive homemade bomb at a Chicago university. Over the next 17 years, he mailed or hand-delivered a series of increasingly sophisticated bombs that killed three Americans and injured nearly two dozen more. Along the way, he sowed fear and panic, even threatening to blow up airliners in flight.in his conviction also the sketch has played an important role. 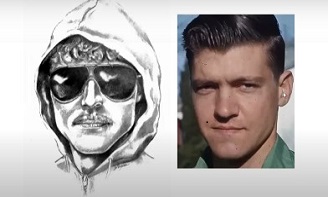 He was an American serial killer, serial rapist, burglar, and a former police officer who committed at least 13 murders, 50 rapes, and 120 burglaries across California between 1974 and 1986. De Angelo was responsible for at least three crime sprees throughout California, each of which spawned a different nickname in the press before it became evident that they were committed by the same person. 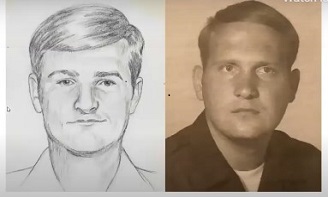 In general, there is a misconception about a Police Sketch Artist, that they are the people who just do fine arts, draw pictures or they just paint pictures but in reality, their work is to deal with the eye-witnesses as well as the partners of a criminal group. Mr. Michael told that there are scenarios when he once had to deal with a victim who choked him one night and a victim who offered him to sell narcotics and he also quoted another instance of a woman who tore a page from his sketch and started to scribble over it.

Media also spends more time these days make fun of sketches and expects fine work of art that closely resembles the suspects all the time. But in real life, this work is never expected like a fine artwork but it is intended to be very specific. This work has to be standalone. Most of us think that having a course and training is enough to be a competent sketch artist but according to Michael, training can never be enough and this task involves regular practice, even Michael also sketch every day to make him more skillful in this regard.  For a sketch artist, you don’t have to be out of practice. It involves drawing every day. Because there is a famous saying that “Practice makes a man perfect” and a high degree of perfection is required in making a Sketch to identify a Suspect. Taking to the Indian scenario while discussing the media perception about the sketch artist he shared cuttings of a newspaper quoted with a heading “Polish Sketch: not a picture-perfect tool to crack all criminal cases”. 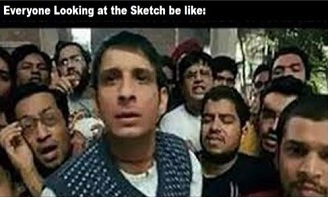 Police sketches are used in cases where there is a lack of other pieces of evidence to identify suspects and murder victims. Once the FIR is registered and a station house officer felt the need for a sketch artist, he will send a request to the Director of SERB(State Crime Records Bureau) You just have an eye-witness who screams while making the sketch. And you ought to listen to the witness to lead the case and to provide Justice. The main aim of the policeman is to make a portrait by collecting the information from the victim/ witness by just talking to them for about half an hour. 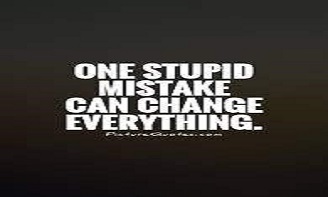 Then the Police sketch artist sits with the witness to draw a portrait on the software called CPBS (Color Portrait Building System) which comprises a palette with 3,800 sample images through which it becomes simpler to draw the portrait/ composite image/ police sketch.

Therefore, as we all have seen in the movies a Police Sketch Artist asking about the special features from the witness, they are asked so that they can describe special features like round nose or thin brows, the shape of eyes, etc. to draw a relatable sketch. This is done by using the options in the palette. On a normal basis, it takes approximately 3 to 4 hours to complete a portrait. But this time can be reduced by using software like CPBS.

There are specific strategies to interview somebody as no two individuals are going to be interviewed in the same way. The interviewer needs to have a structured setup and skills are needed to know somebody.

He also adds that ‘To Be A Good Sketch Artist firstly you need to be a GOOD LISTENER’ and a sketch artist have 2 roles one is a consultative role in your expert opinion, selection of witnesses, choosing tools and techniques and formulating a good plan of strategy and the other important role is good communication to represent the department, liaison with advocates, engagement and to testify in court.

Earlier, Traditional methods were used to construct Facial Composites because the materials are less expensive and the sketch drawn by trained police sketch artists, you have to work with an eyewitness, CCTV, Photographs, and these methods are being effective but as we are living in the digital ages these traditional methods have certain limits in its own, so we need to depend on some digital solution. Nowadays, Digital Sketches are also made by using a Graphic Tablet or a Pen Tablet. The graphic tablet draws directly onscreen, so you can see what you are drawing acts as a secondary monitor, and connects to computers. The pen tablets des the same thing as it also connects with the computer, it is portable but the difference is that with a pen tablet you have to work with hand-eye coordination instead of looking continually at the screen while drawing. Nowadays, Due to the COVID-19 Pandemic, Remote Sketch Interviews are very common to make sketches virtually irrespective of the place they are at. This can also be done with the help of Smartphone Apps and also by using Software Driven Solution which is comparatively cost-effective. Train more people in less time, it’s like a 12/7 solution, provides real-time intelligence, and also helps to reduce the investigative cycle time. These software-driven solutions can help in creating postmortem images, 3Dfacial reconstruction, 3D skull modeling, one-to-one photo comparison and analysis, composite sketch from DNA profile, Find Missing persons/ Fugitives, etc. 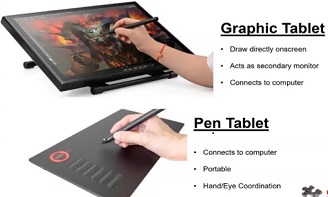 After disusing about the software-driven solution he has told a case of a 5-year-old girl from his own experience who was kidnapped and later on found dead was identified by a sketch that leads Police to the criminal which was described by her 5-year-old friend who was playing along with her in the park at the time. He was the only witness when her friend got kidnapped. Even when there was other evidence like tears on the armrest of the car, tire tracks, bare footprint, shoeprint, etc. A sketch of the Kidnapper was used to identify the Criminal is shown below. 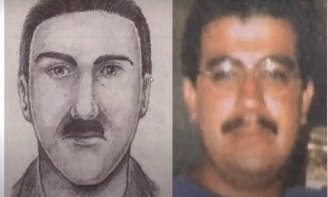 In his final note, he advise everyone to be more cognizant and more practiced in this area. And advice to use new and updated software about them as these are open and flexible and also suggest to integrate with other technologies such as facial recognition technology. The session was ended here with the concluding remarks, question-answer session, and a thank you note for the speaker by Dr. Ranjeet Singh Sir.

The session was really good and worth watching. It’s more interesting to learn the thing by the expert itself and Michael has excellence in this regard. I would like to recommend all the readers and viewers of this blog to visit the channel forensic 365 and watch out for the session recording and learn directly from Michael W. Streed.