The elderly group of people become a vulnerable group to many diseases and other physical and psychological issues. They also become prone to abuse and neglect from their own children and family members. Their social outings and associations gradually minimize and they themselves withdraw from the outer world and confine within the four walls of the house, to avoid accidents and insecurity. Yet, criminals do not hesitate to target them even inside the house. A lone elderly man or woman are often killed and robbed in defenceless conditions mostly by insiders may be servant's or caretakers and must not ignore their own kith and kin They become the hidden victims because no one shows interest in giving them justice. The trauma and pain are non-existent in such circumstances because the victim no longer exists but what if the elderly is very much alive and is the victim of another form of crime is Cyber Crime? The interface between the rapid rise of technology based crime and the withering age of the elderly who remains ignorant remote, and rigid to learn new things vulnerability gets heightened As a result they are easy targets for criminals who with their talks allure them in their nets and dupe them in bank frauds, money transaction and property loss Such victims are in numbers everywhere who suffer silently because they have no security cover Their ignorance and loneliness make them helpless to suffer silently. 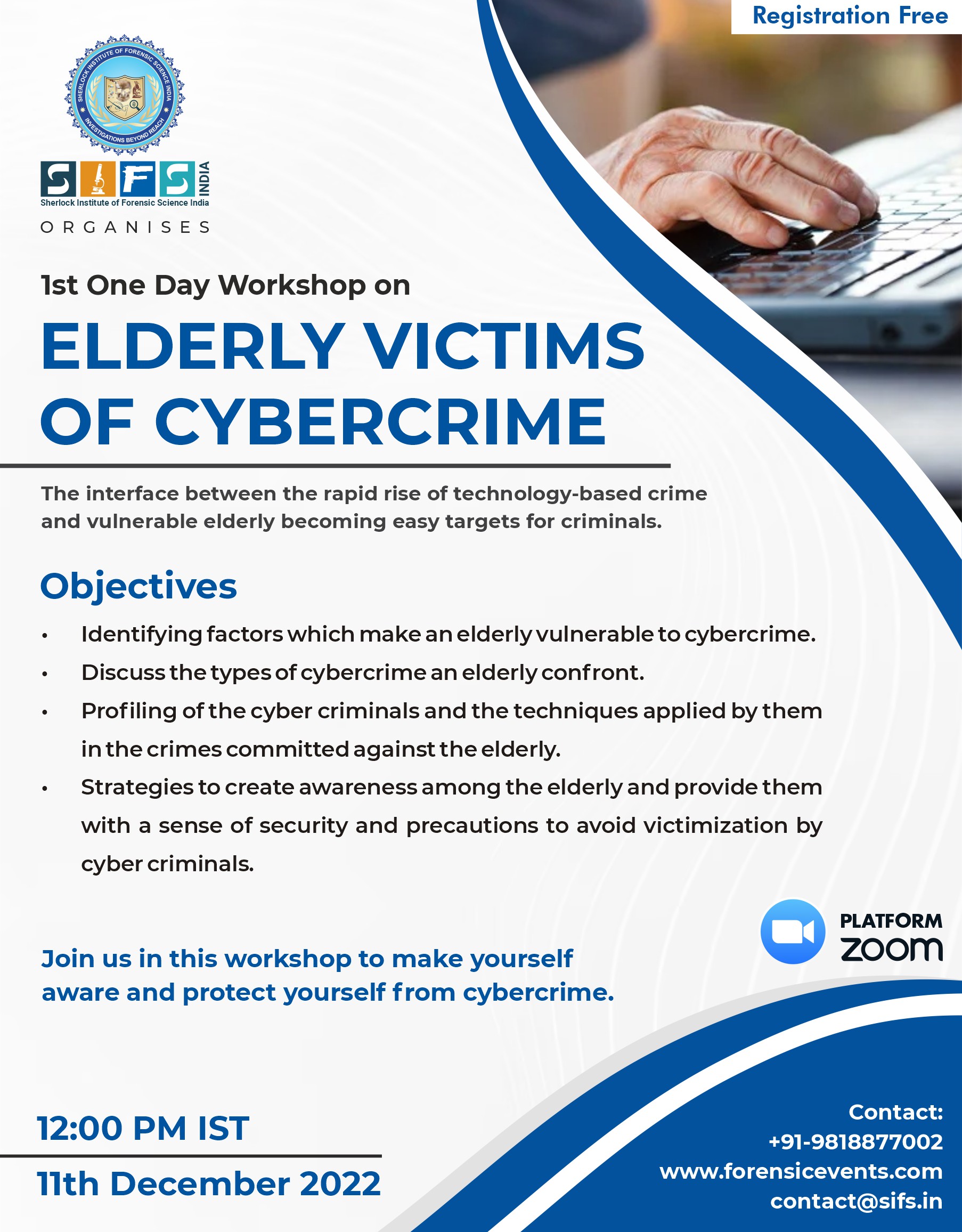 For Confirmation Email Check SPAM Too

Meet our eminent speakers who are indeed an immense source of extreme knowledge!

Here you can go through the detailed schedule of the event

The Conference will be inaugurated by Dr. Shubhra Sanyal

The speaker will talk about the Types and Motives behind cybercrime.

The speaker will discuss about the Strategies to create awareness in elderly.

The speaker will discuss the Psychology and profiling of criminals in cybercrime.

The speaker will talk about the Legal aspects of cybercrime.