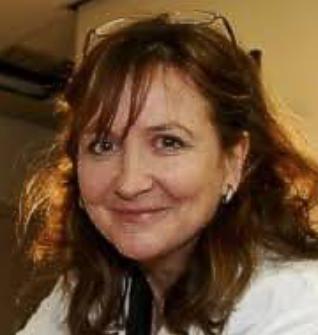 Professor Dawson is a Principal Research Scientist at The James Hutton Institute, Aberdeen, Scotland, UK, where she is Head of the Soil Forensics Group and hold the qualifications of BSc (Honours) Geography (Edinburgh University 1979), and Ph.D. in Soil Science (Aberdeen University 1984). She is a Visiting Professor in Forensic Science at the Robert Gordon University (RGU), a Fellow of the British Society of Soil Science, a Chartered Scientist and holds an Expert Witness certificate in both Criminal and Civil Law (Cardiff University, 2011, 2012, updated 2017). . She is Science Advisor and KE Lead for the Environment for SEFARI (Scottish Environment Food Agriculture Research Institutes) and sits on the Environment Protection Scotland Land Quality Expert Advisory Group.  She authored the RSA Scotland FFCC report and is co-lead in the Food, Farming and Countryside (FFCC) current devolved Scotland inquiry. She was awarded a CBE in the Queen’s birthday honours list, June 2018, for her services to soil and forensic science and was awarded a Fellow of the Royal Society of Edinburgh (FRSE) in 2019. She has published widely on the subject of forensic soil science and soil and plant interactions, with over 100 refereed publications, books and book chapters. She is also an Expert Advisor with the National Crime Agency, and has worked with numerous police forces in Scotland, England, Wales, Ireland, Brazil, Belize & Australia over the last 16 years and has advised and reported on over 150 cases, written over 100 Expert Witness reports, and presented evidence in 13, in the UK and overseas.