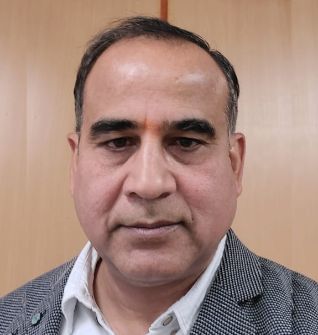 Dr. Naresh Kumar is working as a senior scientific officer in Biology division of the Forensic science laboratory, Govt. NCT, Delhi. He completed his M.Sc. in Botany, LL. B in criminal law, Ph. D in Forensic Science. His area of research is DNA profiling of forensic cases. He has analyzed more than 10,000 samples for DNA profiling. He has a working experience of 26 years in the forensic science laboratory, Delhi. He joined Forensic Science Laboratory Delhi as Assistant in 1994. He has reported more than 4000 cases of forensic biology, serology, and DNA in his latency period. He has deposed as an Expert Witness in more than 1000 cases before the various courts of Delhi. The very famous case of serial killer Chandra Kant Jha who used to throw the body part at Tihar Jail was successfully reported and the accused was sentenced to death by Rohini court Delhi.  A case of a serial Rapist was also successfully reported by the DNA profiling who had allegedly raped and murdered more than 25 minor children. He has imparted training to the Police Officers of Delhi Police, Judicial officers, and Public Prosecutors at the National Institute of Criminology and Forensic Science (NICFS). UGC has been appointed as an evaluator to evaluate the e-contents of video lectures and evaluated e-lectures of different universities. He has published more than 25 international papers in Scopus Indexed & Web of Science Indexed journals. He secured the First prize for the best oral presentation on innovative research “DNA profiling from minute traces of blood from benzidine tested clothes in forensic cases in 2018 “International conference in DNA at Jhansi (U.P.)