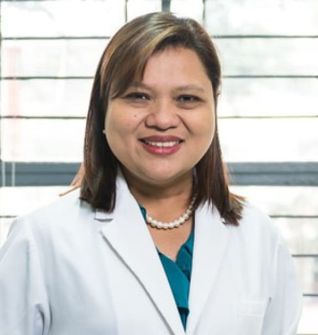 Dr. Maria Corazon A. De Ungria heads the DNA Analysis Laboratory of the Natural Sciences Research Institute, University of the Philippines, Diliman. Because of her work in promoting the use of DNA technology as a tool for finding justice or 'DNA Forensics' and for helping study our national (pre)history through understanding the genetics of Philippine populations, Dr. De Ungria had received prestigious scientific awards such as the Outstanding Young Scientist from the Philippine National Academy of Science and Technology as well as The Science Academy for the Developing World (TWAS). Dr. De Ungria was named as the first Filipino regional fellow affiliate of TWAS from 2007 to 2011. Her type of leadership was recognized by different sectors that awarded her with The Outstanding Young Men award, The Ten Outstanding Women in the Nation Service award, and the Asia Society Young Leader Award.

Dr. De Ungria won the search for the Outstanding Woman Researcher in the Life Sciences organized by the Third World Organization of Women Scientists in Malaysia and was named as one of the first two National Fellows of the L’Oreal – UNESCO Women in Science Program. In 2014, the National Research Council of the Philippines gave one of the Achievement Awards to Dr De Ungria, once again giving honor to a career of science and service to the community. After 20 years in government service, Dr. De Ungria continues to advocate for the use of excellent science in nation-building, recognizing the power of science in broadening the base from which we can find creative and novel solutions for the problems that afflict society. For Dr. De Ungria, DNA is a powerful catalyst for change and she works to be a change-maker through her dedication to science at the service of the Filipino people.