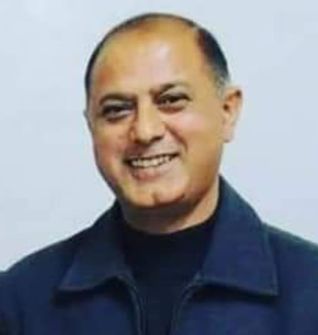 Dr. S. K. Pal is currently working as Assistant Director in Biology & Serology Division of State Forensic Science Laboratory (SFSL), Directorate of Forensic Services, Shimla Hills, Junga, Himachal Pradesh, India. He is performing routine scientific/technical experiments in the laboratory by examining cases pertaining to crime cases of varied nature. In addition, he has to depose expert testimony in the Courts of law. He has earned his Doctorate in Biological Anthropology from Panjab University, Chandigarh in collaboration with the Postgraduate Institute of Medical Education and Research, Chandigarh, India. He is the Head of the Biology and Serology Division and handling all scientific and administrative matters of the division. He was Media Officer, Nodal Officer, Disaster Victim Identification (DVI) Cell of RFSL, Dharamshala. He is currently a Spokesman of State Forensic Science Laboratory (SFSL), Directorate of Forensics Services, Himachal Pradesh.  He had been the Public Information Officer (PIO) for the RTI Act of RFSL for two years. He has visited and examined about 100 scenes of crime (SOC) spots, collected clues/physical evidences from the crime scenes and has written and submitted detailed reports to the investigation agencies. He has solved many crime mysteries for which he had been awarded appreciation letter from the Director, Directorate of Forensic Science, Himachal Pradesh, India. He has gained seven years of experience in teaching and training (theoretical and practical demonstrations) to the Graduate, Post-graduate students of College and Universities, and Investigation Officers of the Police, Judiciary and Public Prosecutors. He has more than 35 national and international publications and out of which 15 are in the field of forensic biology.  He was bestowed with Young Investigator Award from the American Epilepsy Society, USA for conducting ground- breaking research in the field of epilepsy in 2006.