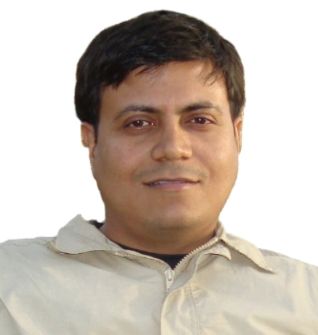 Dr. Niraj Rai is a Scientist C and Group Head of the Ancient DNA Lab at Birbal Sahni Institute of Palaeosciences, Lucknow. He is a molecular biologist by training, specializing in the use of next-generation sequencing data to study human population histories. He has been a Post-Doctoral Research Fellow with Dr. K. Thangaraj at CSIRCCMB, Hyderabad. He has been a visiting research fellow at the University of Cambridge, UK. He has received the Young Investigator Award from “International Society of Applied Biology”, Croatia, in 2015. He has also received Venkatchalla Gold Medal Award for the Year 2019, Young Scientist Award in “36th Annual Conference of the Indian Society of Human Genetics” at Manipal University, Manipal, India, 2011 and UKIERI visiting fellowship award and spent 11 Months at the University of Cambridge, UK (2007-2008). He has qualified GATE, CSIR-NET, and AICEE-JNU. He has supervised 22 post-graduate students and six Ph.D. Students from Institutes in Pune, Chicago, Srilanka and Lucknow. He has organized an International workshop on An Integrative Platform for Research on the Reconstruction of the Past in India. He has delivered numerous talks about his work and expertise at various conferences and events. He has more than 30 researches authored and co-authored and published in journals of national as well as international repute.