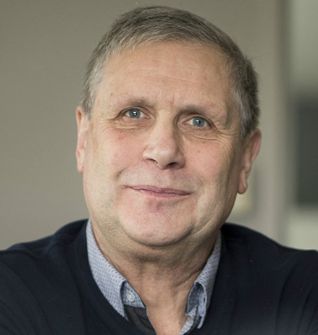 Dr. Eddy De Valck is a Forensic Odontologist since 1979 and participated in 20 major disasters since 1987 (train- plane – boat disasters, Tsunami 2004 Phuket, 2014 MH 17, 2016 Brussels Terrorist attacks). He is a Lecturer/ Examinator at the Academy of Forensic Medical Sciences, London, UK, and also managing the Odontology section of DVI Federal Police Belgium as Chief Forensic Odontologist. He has given various lectures on DVI management for Georgetown University's International Executive Emergency and Disaster Management Program in Paris (USA), on “Forensic Odontology and Human Identification” for DVI in Specialization Course at University di Torino (Italy). He has delivered his talk as a keynote speaker on forensic odontology at different international congresses in Asia, Europe, the USA, and Africa as well as worked as a trainer in various DVI management programs (Malta Police, South Africa Police, Cameroun Police, Interpol). He appeared as a Court expert for civil and penal courts on litigation cases and dental damage evaluation. He was an Editor (from 1993 to 1996) as well as President (from 1999 to 2002) of IOFOS (International Association Forensic Odonto-Stomatology). He was a Founding Member and President of the Flemish Association of Dental Experts. He is a published author and co-author of several textbooks concerning forensic odontology and legal medicine in languages such as French, English, and Dutch. Also, he has given different articles in various national and international scientific journals and magazines. He is even a reviewer for international scientific journals.