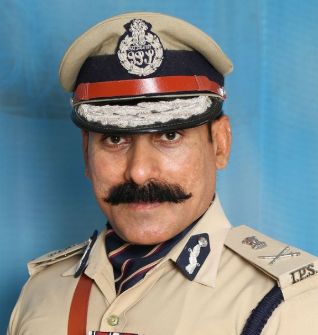 Dinesh Chandra Sagar, IPS is currently serving as ADGP Police Training and Research Institute, Police Headquarters, Bhopal, and has served as Additional Director General of Police, Disaster Management as well as Technical Services, Bhopal, Madhya Pradesh. Previously, he served as the Inspector-General of Police of Balaghat Range, a Naxalite area in Madhya Pradesh and Gwalior. He is awarded twice with the Police Gallantry Medal for his achievements. He has also been given Jeevan Raksha Medal and Indian Police Medal for Meritorious Services. As regard from the State Government of Madhya Pradesh, he has been awarded Indira Gandhi Sampradayik Updrav Roktham Aur Souhadra Puruskar, CM’s Revolver, Durgam Seva Padak (twice), Internal Security Medal, and Commendation from Chief Election Officer, M.P for his various successful operations and commendable efforts for the Nation. His list of awards continued with numerous awards from Commendation DGP, MP, Best Shooter, etc. and was appreciated for saving lives of people with proper precautions from COVID-19 for SDRF Home Guards via two tweets by Hon’ble CM, Govt. of MP. He is regarded as the fittest officer of the police department due to his extensive health regime and firmly believes in exercising daily, running, and keeping onto a healthy and natural diet to achieve a fit body.