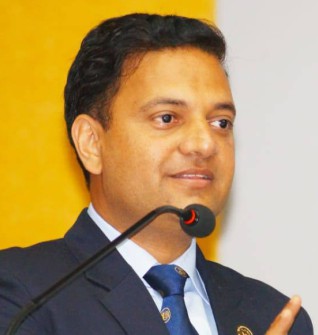 Prof. Rajinder Singh Chandel is currently working as an Associate Professor & Head of the Department of Forensic Science, Punjabi University, Patiala. He has also worked as an Assistant Professor in the same university from 2003 to 2016. He has a total of 17 years of teaching experience. He completed his Ph.D. in Forensic Science in the year 2008 and M.Sc. in Forensic Science in the year 2001 from Punjabi University, Patiala where he was the gold medalist. He is also a Visiting Professor at Xi’an Jiaotong University, Shaanxi, China since 2016. He was the Chair Professor at East China University of Political Science and Law at Shanghai, China from 2017 to 2020. He is a Visiting Faculty at LNJN-NICFS, MHA, New Delhi, Vice President at Indo-Pacific Academy of Forensic Odontology (INPAFO) as well a Resource Person in many conferences/symposia/workshops of national and international repute. He has taken membership of the Advisory Board of “The Silk Road Forensic Consortium (SRFC), Xi’an, Shaanxi, China and was a member of the International Scientific Program Committee of the 23rd Annual Congress of the World Association for Medical Law, 50th Golden Anniversary Meeting, “Medical Law, Bioethics and Multiculturalism” at Baku, Azerbaijan in the year 2017. Moreover, he has published about 60 research papers, 02 book chapters and 01 book.