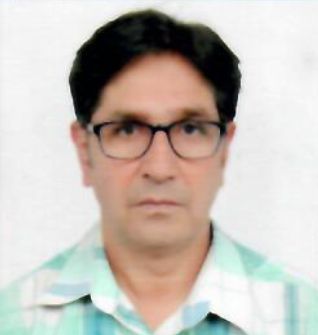 Dr. Aditya Kumar Sharma presently working as Professor & Head, department of Forensic Medicine, Indira Gandhi Medical College, Shimla (HP). He did his MBBS from MLN Medical College, Prayagraj (UP) and MD in Forensic Medicine from SN Medical College, Agra (UP). He did his Senior Residency from PGIMER, Chandigarh. He began his carrier in 1999 as Assistant Professor at Dr. RP Government Medical College, Kangra in Himachal Pradesh. Then he became Associate Professor in IGMC, Shimla where he became Professor & head in the same department. He has presented and published scientific papers in National forums and in National and International Journals of repute. He has attended National & International Conferences wherein he has also chaired many Scientific sessions. He has been appointed as examiner for MBBS and MD examinations of different State Universities across India. He is a life member of Indian Academy of Forensic Medicine, Indian Association of Medico-legal Experts and National advisory board member of journal of Indian Academy. He has conducted Induction Training Programs for Police Officers, Judicial Officers, Session Judges, and Public Prosecutors, internship training Programs of MBBS students, MDS Students of Govt. Dental College in the State of Himachal Pradesh. He was appointed as state Medico-Legal advisor in 2016 by Government of Himachal Pradesh.