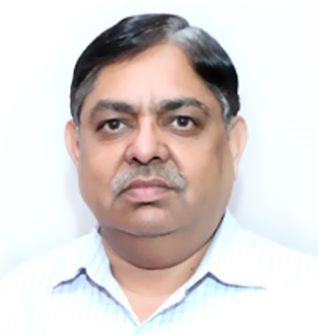 Mr. Omveer Singh is former Director/ Scientist ‘F’ of Indian Computer Emergency Response Team (CERT-In), and Ministry of Electronics and Information Technology (MeitY),  Government of India, New Delhi. He had joined the Electronics Commission (IPAG) in 1983, which was later merged into erstwhile Department of Electronics and is now Ministry of Electronics & IT. He was associated with CERT-In since its inception in May 2003 till January 2019. From January 2019 till his superannuation in August 2020, he was handling the projects sponsored by ministry in the area of Cyber Security and Cyber Forensics. At CERT-In, he leads the activities related to Cyber Forensic Investigations. He had singularly set up Cyber Forensics Lab at CERT-In in 2005 for investigation of cyber-crimes & cyber security incidents and handled the related activities for 14 years. He was associated in retrieval of data from the digital devices associated with the criminal activities, submitted mostly by NIA, seized in cases related to terrorism and fake currency, as well as, defended the findings in the judicial courts as an expert witness. He had undergone trainings on Cyber Security, Advanced Computer Forensics, Advanced Smartphone Forensics from various international institutes, viz. Software Engineering Institute (SEI), CERT/CC, Carnegie Mellon University (CMU), Pittsburgh, USA during July 2006; SANS Institute, USA during November 2007 (at London), February 2010 (at Bangalore) and August 2014 (at Delhi). He attained his GIAC (Global Information Assurance Certification) Certified Forensic Analyst (GCFA) certification from SANS (System Administration, Networking and Security) Institute in July 2010. He organized training workshops along with hands-on-practical sessions at CERT-In regularly for the LEAs on Cyber Crimes, Cyber Crime Investigations, Digital Forensics and Cellphone Forensics. He is being invited as a visiting faculty at various LEA’s training academies/ institutes, viz. CBI Academy, Ghaziabad; LJPN National Institute of Criminology and Forensic Science, Rohini, Delhi; Centre for Development of Advanced Computing (C-DAC), Noida, National Intelligence Academy, IB, Delhi; PRTS, Indore, MRS Punjab Police Academy, Phillaur, etc. to speak on the aforesaid topics during their training workshops on investigations of cyber-crimes. He had played a key role in setting up of the cyber forensic training labs in the north-eastern states and Jammu and Kashmir. He has also been associated in training of faculty from engineering colleges under Faculty Development Programme (FDP) of AICTE. Before joining CERT-In, he was associated with the projects on development of microprocessor/ transputer (parallel computing) based systems and Power SCADA (NRLDC; PSEB). He is a graduate (AMIE, 1995) in Electronics & Telecommunications Engineering and is having an overall experience of 37 years.