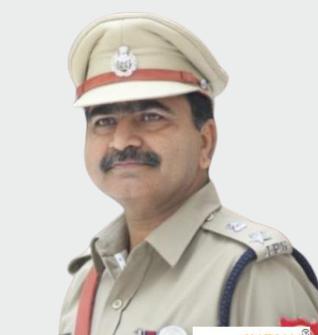 Prof. Triveni Singh, SP, Cyber Crime, Uttar Pradesh Police is India’s first cyber cop and has investigated more than 200 types of cybercrimes followed by arrests of thousands of criminals and solved cases involving thousands of crores of fraudulent money. He is in charge of investigating cybercrime cases as well as providing administrative and technical supervision to 18 cyber crime police stations located at all commissioners in the state of Uttar Pradesh. He is also the resource person for various central investigation agencies and judicial bodies such as Central Bureau of Investigation Academy (CBI), Ghaziabad, National Police Academy, Hyderabad and Institute of Chartered Accountants of India as well as different State Judicial training centres, Police Training Academies and Universities. He is popular as a cybercrime investigation specialist with an intensive technical investigation process, He is known for his expertise in handling financial and banking frauds and during his distinguished career. He has had wide exposure in dealing with cases related to anti-corruption, vigilance, economic offences, money laundering and cybercrimes. Ha has shared his experiences of nabbing criminals and busting gangs in two of his books co-authored with Amit Dubey, a cyber-security expert and crime investigator – Hidden Files: Tales of Cyber Crime Investigation and Hidden Files – Unlock and also has been honored with several distinctions, including President Medal for Gallantry by The President of India and Certificate of Honour by Director, CBI. He was also conferred with the India Cyber Cop of the year award, 2012 by DSCI-NASSCOM. He has been awarded at various national and international platforms for his contribution to controlling cybercrimes. Besides a PhD, he has earned certifications in the areas of ethical hacking, forensic accounting and fraud examination, computer hacking forensic investigation, cybercrime investigation, etc. He also conducts regular training and workshops to share his extensive knowledge and insights and is a much sought after speaker at InfoSec forums.