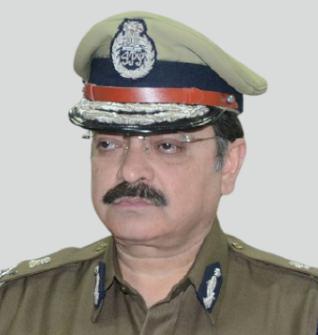 Dr. Varun Kapoor is a senior IPS officer. He has done his BE (Honours) Mechanical Engineering – NIT Trichy (Tamil Nadu). He joined India Police Service in 1991 and was allotted Madhya Pradesh Cadre. He is currently ADGP, Rustamji Armed Police Training College, Indore. He has served as SP in three districts – Dhar, Sehore & Ratlam. He was DIG in three ranges – Chhatarpur, Ratlam & Ujjain and ADG in one zone – Indore. His other posting includes IGP, Police Radio Training School, Indore; ADGP, Narcotics, Indore. He started Black Ribbon Initiative for cyber security awareness among community members. Till date, he has conducted 453 sessions across India in schools, colleges, institutions, organizations, departments etc., out of these 109 have been webinar based sessions during the COVID 19 times. This pan India effort in 28 states of the country is also a record in itself as lakhs of citizens have been reached and made cyber security aware and equipped. He holds a World Book of Records London – Maximum Number of cyber security awareness workshops by any one person anywhere in the world (2018). Dr Varun Kapoor started police training under the initiative – THE BLUE PALM. Over 5000 cutting edge level officers (SI-SP) of 20 state police forces; 6 different para military forces and the Indian Army trained in specialized course in 12 modules. Till date 136 such courses organized are organised. He has conducted special training workshops across the country for use of cyber technology for improving wildlife protection and solving wildlife crime being done under campaign designated as ROAREING TIGER INITIATIVE. Till date 34 such workshops arranged and 1408 forest officers from 14 states of the country. Presently a special project is being delivered across the country in 6 leading tiger reserves. This project is called “CYBER CLAW” and is being coordinated by National Tiger Conservation Authority of the Ministry of Environment & Forests of the GOI. He is also a regular faculty at premier training institutions of the country. Dr Kapoor has done extensive research in the field of cyber crime, cyber security, social media, mobile usage etc. His studies have been published in numerous national journals. He is the first police officer in Asia to be awarded an Honorary Doctorate in Cyber Security (Indore University).