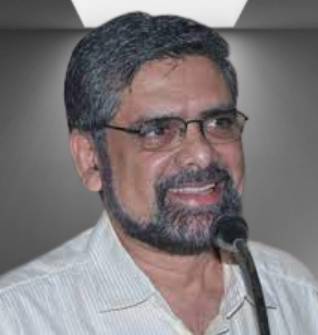 Dr. V. V. Pillay is the chief of Poison Control Centre & Head of Analytical Toxicology and Professor and Head of Forensic Medicine & Medical Toxicology in Amrita Institute of Medical Sciences (AIMS), Cochin, Kerala. He did his MBBS and MD from Gandhi Medical College, Hyderabad. He has approximately 97 publications in National and International scientific journals, out of which 23 are in PUBMED. He has been an author/editor of several books, including the first-ever Indian textbook devoted to Toxicology (Modern Medical Toxicology), an exhaustive reference book (Comprehensive Medical Toxicology) and a textbook on Forensic Medicine & Toxicology. In addition, he has also contributed a section on toxicology in several books. He served as an editor of the Journal of Indian Society of Toxicology from 2005 to 2014. He was a referee on toxicology for the Journal of the Association of Physicians of India and the National Medical Journal of India. He has contributed to several monographs on Analytical Toxicology for the World Health Organization. In 2021, he worked as an external reviewer for the new edition of Guidelines for Poison Control published by WHO. He is a working group member of WHO's Guidelines for Poison Control Network, Edinburgh, UK. In 2004, he founded the Indian Society of Toxicology and became its President for 8 consecutive years. He has been awarded the SOT Travel Award in 2018 at the 57th Annual Meeting in San Antonio, Texas, USA.