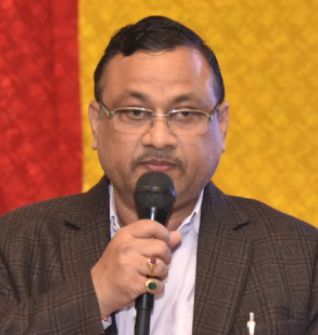 Sanjeev Kumar Gupta is presently working as Assistant Director (Head of Crime Scene Management & Photo Division), PRO and Nodal Officer in Forensic Science Laboratory, Government of NCT Delhi for liasioning with all districts of Delhi Police for crime scene purpose. As in charge of Crime Scene Management Division (24×7), he was also responsible for smooth functioning, overall supervision, management and deployment of its scientific staff in six different ranges of Delhi Police covering more than 200 Delhi Police stations in 24×7 manner. He has been appointed in FSL, Delhi since 2006 through UPSC and having more than 31 years of experience in the relevant field i.e., Police Security, Forensic Photography as well as Crime Scene Investigation & Management. He has M.Sc. with specialized Diploma in Police and Forensic Photography with various certifications courses in Police Photography, Color Photography, Fingerprint Photography, Technical course in SPG. He also did a Certification course in road accident cases and crime scene investigation and management etc. Formerly, he was in the LNJN, National Institute of Criminology and Forensic Science, Ministry of Home Affairs, Government of India, Delhi from 1989 to 1993 and again from 2000 to 2006. He has worked as Technical Officer in Prime Minister Security, Special Protection Group, Government of India from 1993 to 2000. He has visited various locations in India and abroad as Technical Officer for Prime Minister Official purposes. He has attended various Seminar symposiums/ conferences. He has been awarded with a cash award as well as a commendation award by Secretary (Security), Government of India: Director SPG Cab. Sect Director NICFS, Ministry of Home Affairs; Director FSL Delhi. He was awarded with special award for excellence in Forensic Services in 2017 FSL, Delhi by the Hon’ble  Home Minister, Government of NCT Delhi.