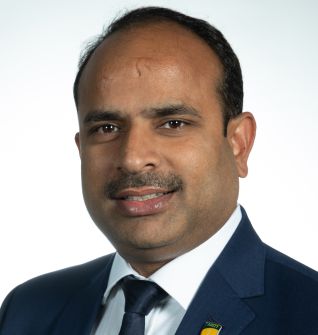 Dr. Nrashant Singh is currently working as Associate Professor at Amity University Dubai, UAE. Prior to this, he has worked as Postdoctoral Research Associates at S.N. Medical College, Agra, India. He served as Senior Research Fellow (2006-2009) and Junior Research Fellow (2004-2006) at Indian Institute of Toxicology Research, Lucknow. He did Ph.D. in Toxicology from Jamia Hamdard, New Delhi. He did master’s and bachelor’s in forensic science from Dr. B. R. Ambedkar University, Agra. He has filed patents for various devices such as Blood Detection Device and an Eco-Friendly Sustainable Face Mask. There are two petitions filed by him which are yet under review are Soil Quality Monitoring Device for Agriculture and GSR Detection Device. He has membership of various Professional Scientific Societies such as Asia-Pacific Chemical, Biological & Environmental Engineering Society, Society of Toxicology of India, Indian Science Congress Association, International Society for Analytical Cytology and European Association for Cancer Research. He has presented numerous research papers in the Conferences at University, National and International level. Till now, he has published numerous research papers in the various National and International journals and contributed to chapters of books such as Laboratory animal and sample techniques and Effects of arsenic-induced toxicity on respiratory system: Modulation by supplementation of jaggery in mice. He has been awarded for his academic and research experience which has added value to his life goals.