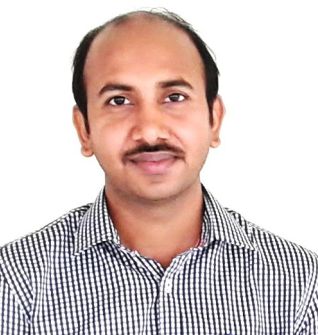 Dr. Rajesh Singh Yadav is Assistant Professor at Department of Criminology and Forensic Science in Dr. Harisingh Gour Vishwavidyalaya, Sagar, India. He did his M.Sc. in Forensic Science and after Qualifying UGC NET-JRF, he has received his PhD in Toxicology from Jamia Hamdard, New Delhi and CSIR-Indian Institute of Toxicology Research, Lucknow, in the year 2012 with specialization in Neurotoxicology. His present research has focused on the effect of environmental toxicants on the neurobehavioral toxicity of individuals and forensic neuroscience. He has received several awards and honors, such as J. Raghunath Bhattacharya Young Scientist Prize by the Indian Academy of Neurosciences in 2009 and received University of Minnesota Research Excellence Award from the Society of Toxicology, India in 2010. Besides, he is the recipient of Travel Awards for excellent presentation in Neuroscience 2011 organized by the Japan Neuroscience Society at Yokohama, Japan. He got an IBRO Travel fellowship to participate in IBRO associate school in China. He has also been awarded Best Student Paper Presentation Award at the joint meeting of APSN and JSN at Kobe, Japan in 2012. He is a recipient of ISN-APSN-IBRO Travel Fellowship to participate in IBRO School at Osaka, Japan. He has also been awarded Professor R. Nath Memorial Travel Award and Melvin Yahr Travel Award to present his work in Switzerland and other scientific platforms. He is serving as an editorial member and Reviewer of several reputed journals. He has authored 30 research papers in good impact journals, 02 books, 4 chapters in books and more than 50 presentations at various National and International Platforms. He has also awarded 2 projects UGC Startup Grant and SERB-DST Young Scientist project which have been successfully completed. He is a member of various scientific organizations and societies.