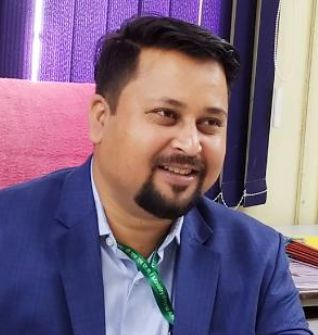 Dr. Vindresh Mishra is currently working as Scientist ‘B’ (Toxicology) / HoD (Toxicology) at Central Forensic Science Laboratory, Kolkata. He is currently acting as Coordinator on behalf of CFSL, Kolkata for aiding ‘West Bengal National University of Juridical Sciences’ to start M.Sc. (Forensic Science) as a new Course from year 2021 under MoU (Under Process) with CFSL Kolkata. From 2011-2016, he worked as Jr. Scientific Officer/HOD (Toxicology) at CFSL, Kolkata. Prior to this, he has worked as a Research Scholar at CFSL, Chandigarh (2008-2011) and CFSL, Hyderabad (2006-2008). He has an experience of 15 Years in field of Forensic Science (Under which 5 years as Research Scholar under the fellowship Scheme of DFSS, MHA, GoI, New Delhi). In 2010, he has worked for ‘Perspective Plan for Indian Forensics’. He has also worked for ‘Implementation of FCS for in-situ promotion at CFSLs’ and ‘Implementation of FACT, F-PACT’ for Contract Manpower for CFSLs. He is a Nodal officer in GeM procurement for Chemical Sciences under DFSS Headquarters, New Delhi and for Nirbhaya Fund, MHA towards the ‘Strengthening of State FSLs for development of DNA Analysis, Cyber Case Analysis’ from year 2018. He completed his master’s in Forensic Science and Ph.D. in Criminology and Forensic Science from Dr. H.S. Gour University, Sagar, M.P. So far, he has examined and reported more than 1500 cases in the field of Toxicology.  He has given more than 100 lectures to Police Officers, Judicial Officers and Students from various Universities of India etc. He has been appointed as Member for various committee to review/execute administrative matters under DFSS, New Delhi. He has more than 6 publications in National and International Journals of Repute, 2 Research papers presented at International Level at ANZFSS-2008, Melbourne, Australia under CSIR International Travel Grant.