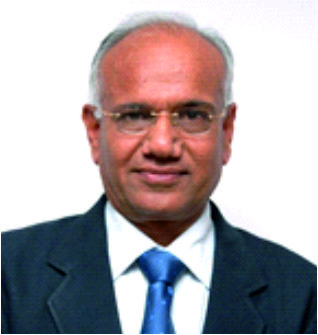 Dr. J. M. Vyas (M.Sc., Ph.D., LL.B.) is working as the Vice-Chancellor of Gujarat Forensic Sciences University - Gandhinagar. He worked as the Director for the Directorate of Forensic Science - Gujarat State, from 1993 until 2009 and is also currently holding the additional charge of the same. He has been elected as the Organizing Committee member for INTERPOL'S Forensic Science Symposium - 2010 & re-elected for the term 2011 to 2013, as well. He was awarded the President's Police Medal for meritorious services in the field of crime investigation, on the eve of Republic Day, in 1997. He was also adjudged as the Best Forensic Science Laboratory Director of the country and was awarded a Commendation Certificate by the Hon'ble Deputy Prime Minister at the 15th All India Forensic Science Conference, in 2004. He holds a large number of publications, in various journals of national & international repute and is a very well known Forensic Expert of the Country.