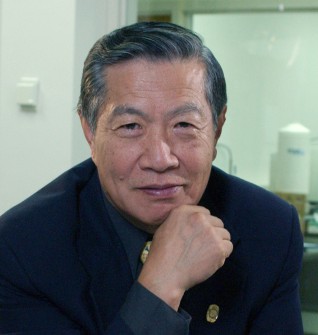 Dr. Henry C. Lee is one of the world’s foremost forensic scientists. He has worked with law enforcement agencies in helping to solve more than 8000 cases. He is a recipient of 30 honorary degrees. He is currently an Emeritus Professor and the director of Forensic Research and Training Center at University New Haven, Emeritus Professor at India National University of Forensic Science, Member of Singapore Home Team Science & Technology Agency (HTX) Technology Strategy Advisory Panel (TSAP).  He was the distinguished Chair Professor of Forensic Science and Vice President of Global Affair/ Institute of Forensic Science of the University of New Haven (2010-2020). He was the Chief Emeritus for the Connecticut State Police (2000-2010) and was the Commissioner of Public Safety for the State of Connecticut (1998 – 2000) and has served as the state’s Chief Criminalist (1978 – 2000). He was the driving force in establishing a modern State Forensic Laboratory serving both prosecution and defenses, Established statewide 800 MHz police communication system, air patrol, Community based police services, Sex offender and DNA databank, major crime investigation concepts and advanced forensic science training in Connecticut. His testimony figured prominently in the O. J. Simpson, Jason Williams, Peterson, and Kennedy Smith Trials; and in convictions of the “Woodchipper” murderer as well as thousands of other murder cases. He has assisted local and state police in their investigations of other famous crimes, such as the murder of Jon Benet Ramsey in Boulder, Colorado, the 1993 suicide of White House Counsel Vincent Foster, the death of Chandra Levy, the kidnapping of Elizabeth Smart, and the reinvestigation of the Kennedy assassination. He was a consultant for more than 800 law enforcement agencies around the globe. He has also taught as a professor at more than a dozen universities, law schools, and medical schools. He has authored more than two hundred articles in professional journals and has co-authored more than 40 books, covering the areas, such as; DNA, Fingerprints, Trace Evidence, Crime Scene Investigation and Crime Scene Reconstruction. He is the author of some bestsellers, such as Famous Crimes Revisited, Cracking Cases: the science of solving crimes, Blood Evidence, and Cracking More Cases. In addition, his textbooks such as Forensic Science, Physical Evidence and Henry Lee’s Crime Scene Handbook have been widely adopted in medical-legal and forensic professions. He has appeared in many TV shows and movies. His new television series, Trace Evidence – Dr. Henry Lee File has received high ratings and has been broadcasted around the world. He has been the recipient of numerous medals and awards, including the 1996 Medal of Justice from the Justice Foundation, the 1998 Lifetime Achievement Award from the Science and Engineer Association, Lifetime Achievement Award from the American College of Forensic Examiners (ACFE) in 2000, Gusi Peace Award from the Philippines in 2008 and many more.