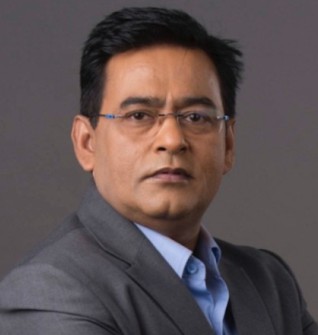 Shams Tahir Khan is one of the most popular anchor/reporter in the genre of crime reporting in India. An acclaimed presenter, he is widely known for his investigative skills and a rare sensitive approach toward stories reporting crime. He started off as a crime reporter in 1993 with the Hindi daily "Jansatta". And after seven eventful years with the daily, he joined TV Today Network Ltd. (Aaj Tak) in the year 2000. This was the beginning of the TV news era in India and he quite aptly took on the challenges. Backed by 15 years of experience in crime reporting he started to give a new dimension to crime reportage on Indian television. He conceptualized "Jurm"- a weekly crime show on Aaj Tak that became an instant hit. Thereafter he anchored and produced "Vardaat", a daily half-hour crime show on Aaj Tak which also became hugely popular. Both the shows were the first of their kind on Indian television and were later followed in concept and format by other news channels. Over the years he has most efficiently led the crime team in Aaj Tak. Besides routine crime shows he has also ably guided the coverage of major crime and terrorist-related incidents all over India. Under his supervision, Aaj Tak recently launched a new crime show "Raaz" based on the use of forensics in solving crime. Again this was the first show of its kind on Indian television. He is best known for his unique approach in covering crime with a humane touch. Something that is frequently found lacking in crime reportage these days. Also, his distinctive style and flair make him stand apart from the rest of his contemporaries.