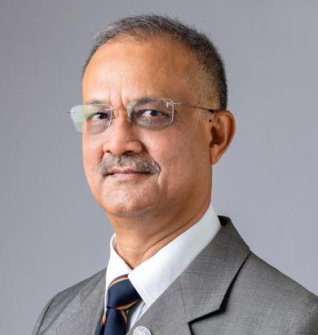 Keshav Kumar is the Retired Director General of Police & Director Anti Corruption Bureau, Gujarat, India. He has been in the active Police Service for 35 years and has retired from the Indian Police Service in April 2021. He has specialised in the application of Forensics in Crime investigation and has been able to get a conviction for 58 people solely based on Forensic application during the investigations through the latest Scientific Aids and tools. He is one of India’s most respected police officers, and his forte lies in the application of forensics and the usage of new investigative techniques and tools in crime investigation. He was the police officer investigating the poaching of 10 Asiatic lions in early 2007 at the Gir National Park in Gujarat. While investigating the Lion Poaching case of Gir Sanctuary in Gujarat, he stumbled upon a new area and created a new domain in Wildlife Crime Investigation. The new area was recognised by WWF Expert Shri Samir Sinha, IFS. He christened the area as, “Use of Conventional Forensics in Wildlife Crime Investigation”. 4.68/5 was the Interpol (Environmental Crime Division) rating of his presentation on this issue. He has delivered a series of lectures at the National Police Academy, Gujarat High Court’s Judicial Academy, the Rajasthan Police Academy, and the Directorate of Forensic Science and Laboratory, Gandhinagar. For his unstinting service to the nation, he was presented with the President’s Police Medal for Distinguished Service on Independence Day, 2012. He was also responsible for the creation of the CID Wildlife Crime Cell.