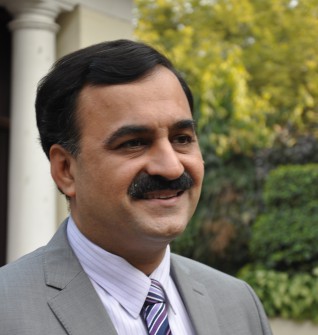 Dr. Pavan Duggal has been practising as an advocate for the Supreme Court of India for over two decades and has made an immense impact in the unfolding fields of Cyberlaw and laws related to E-Commerce. He is the Founder & Chairman of the International Commission on Cyber Security Law. He is also the President of Cyberlaws.Net and has been working in the pioneering area of Cyber Law, Cyber Security Law & Mobile Law. He has been acknowledged as one of the top 4 Cyber Lawyers worldwide. He is the President of Cyberlaw Asia, Asia’s pioneering organization committed to passing dynamic cyber laws on the Asian continent. He is also a member of the WIPO Arbitration and Mediation Center Panel of Neutrals. As an internationally renowned Cyber law and Cyber security subject expert, on the world stage during the High-Level Policy Statement delivered by him at the World Summit on Information Society (WSIS) organized by the International Telecommunications Union (ITU), UNESCO, UNCTAD & UNDP in Geneva, Switzerland from 25th May – 29th May 2015. He has spoken at over 2000 Conferences, Seminars and Workshops in the last two decades and has lectured extensively in select Law Colleges. As a writer, he has made his mark with 154 Books on various aspects of the law in the last 20 years. For almost a decade, he had contributed a continuing weekly column on diverse aspects of the law, titled ‘Brief Cases’ to the Economic Times.